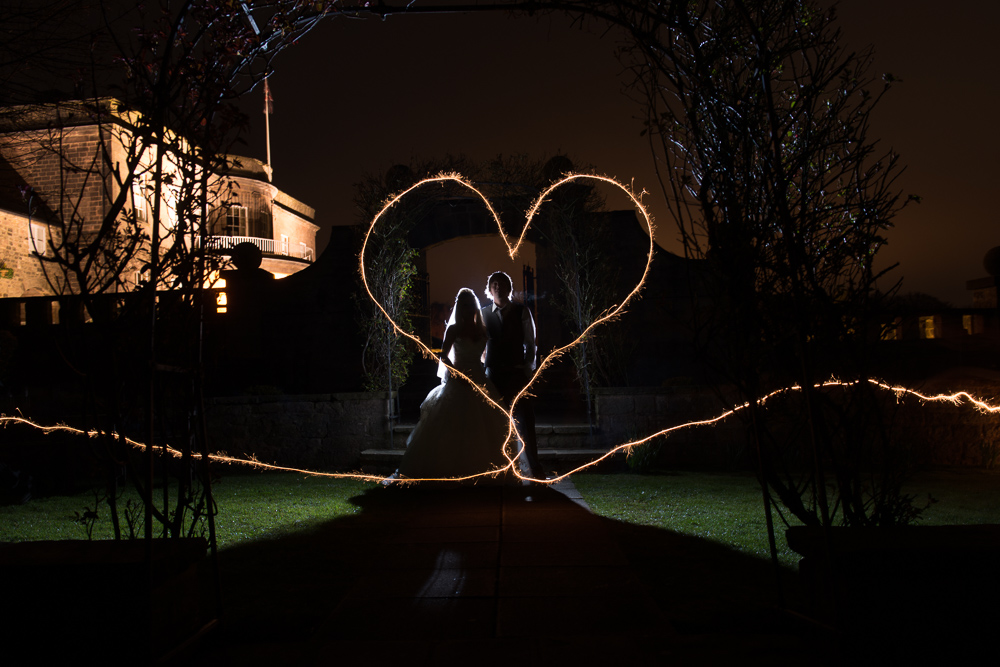 This was the first wedding of the year and I was being assisted by Neil as my 2nd photographer. I had scouted Wood Hall Hotel a couple of weeks prior and it was a lovely venue, with lots of outdoor features, a long leading road, green lawns and a garden. Which I had plans to use but alas while the weather remained dry it was a crisp March day which kept the couple & guests indoors. 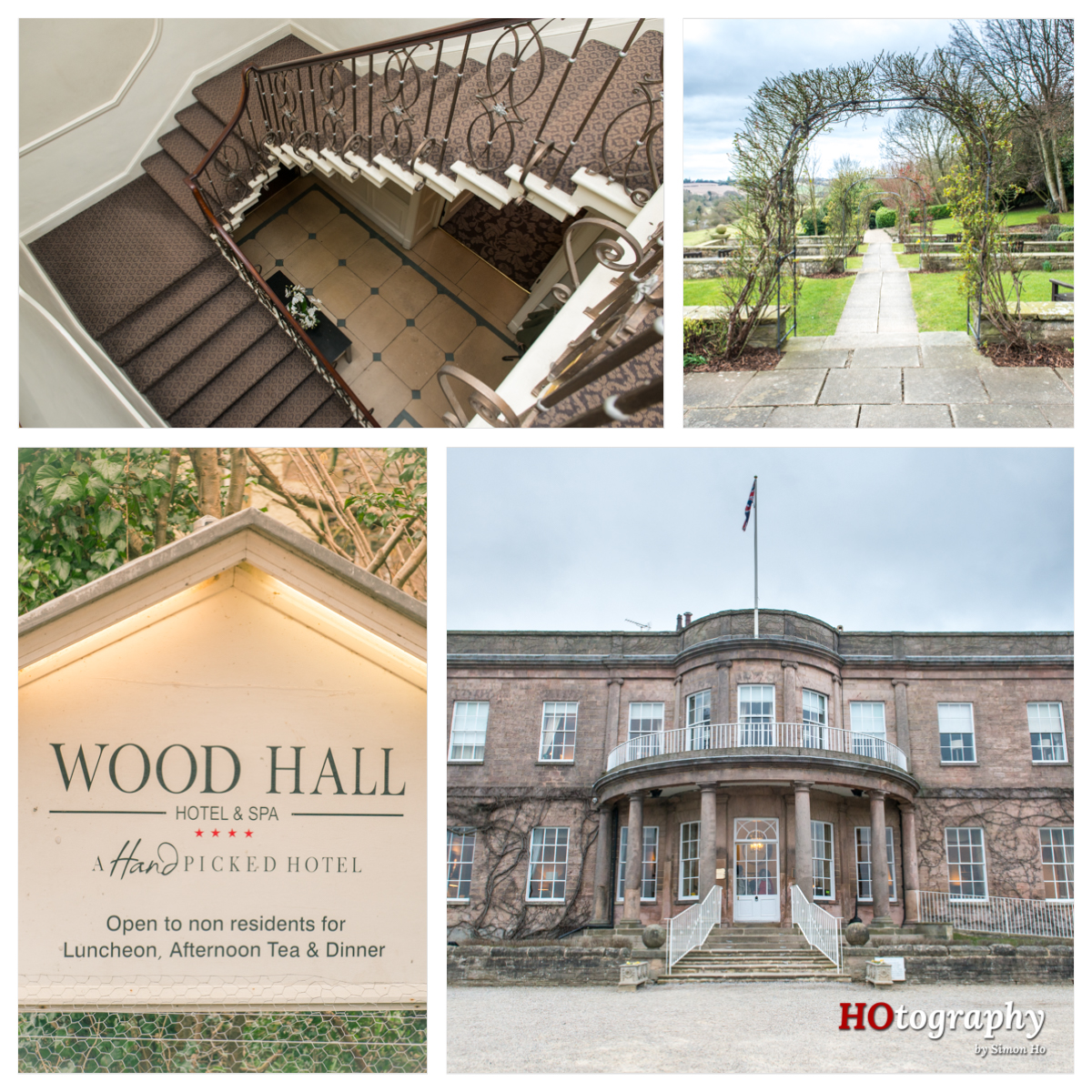 The family had arranged for Phil (the groom) to be driven in style and given a glass of champagne with the groomsmen.It was definitely one of those moments where having a 2nd photographer was very useful as we didn’t know when exactly to expect the groom. Neil was able stalk outside and grab some shots of the Aston Martin pulling up the road. 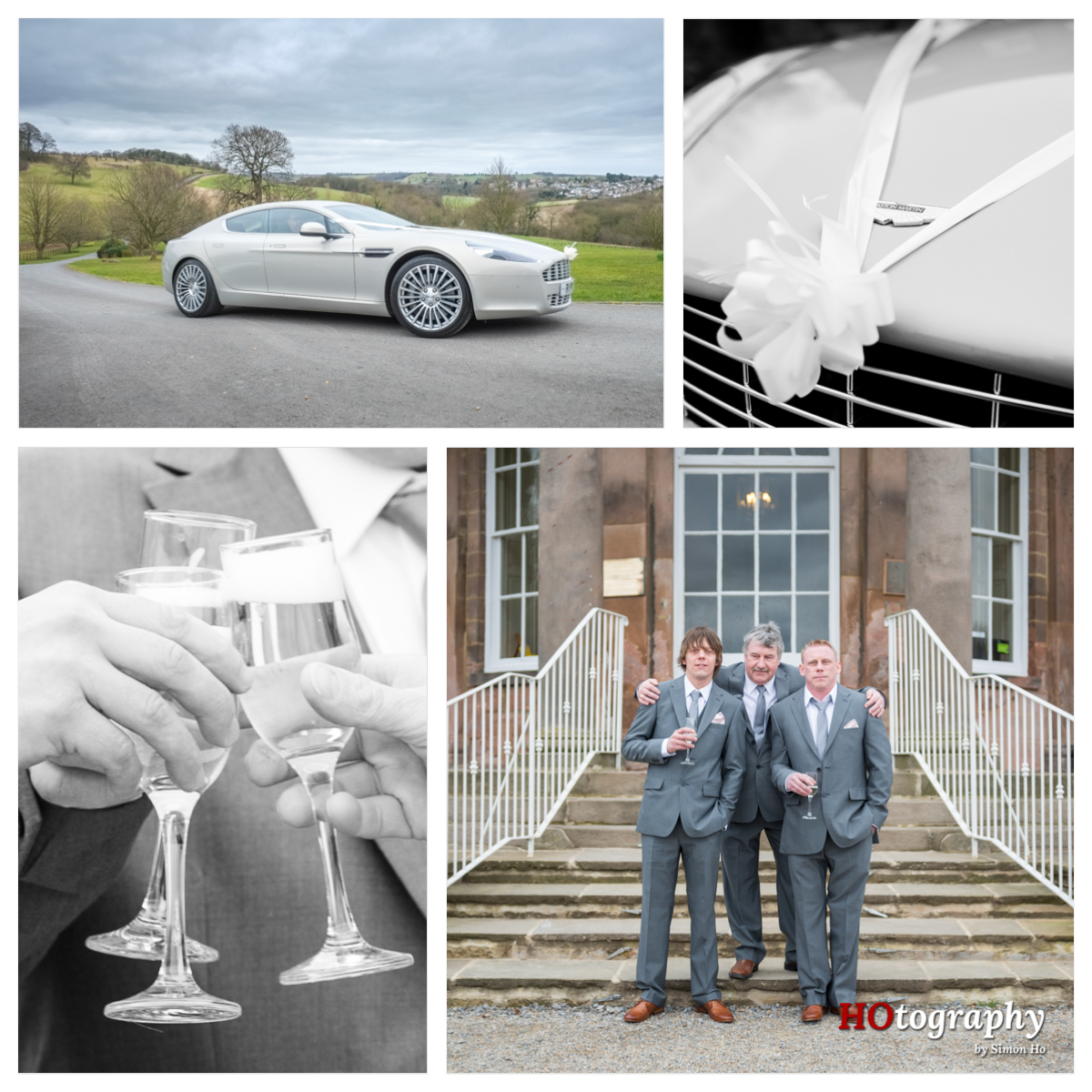 Sally (the bride) was still getting ready at this point so we took photos of the various elements of the day such as the rings etc. 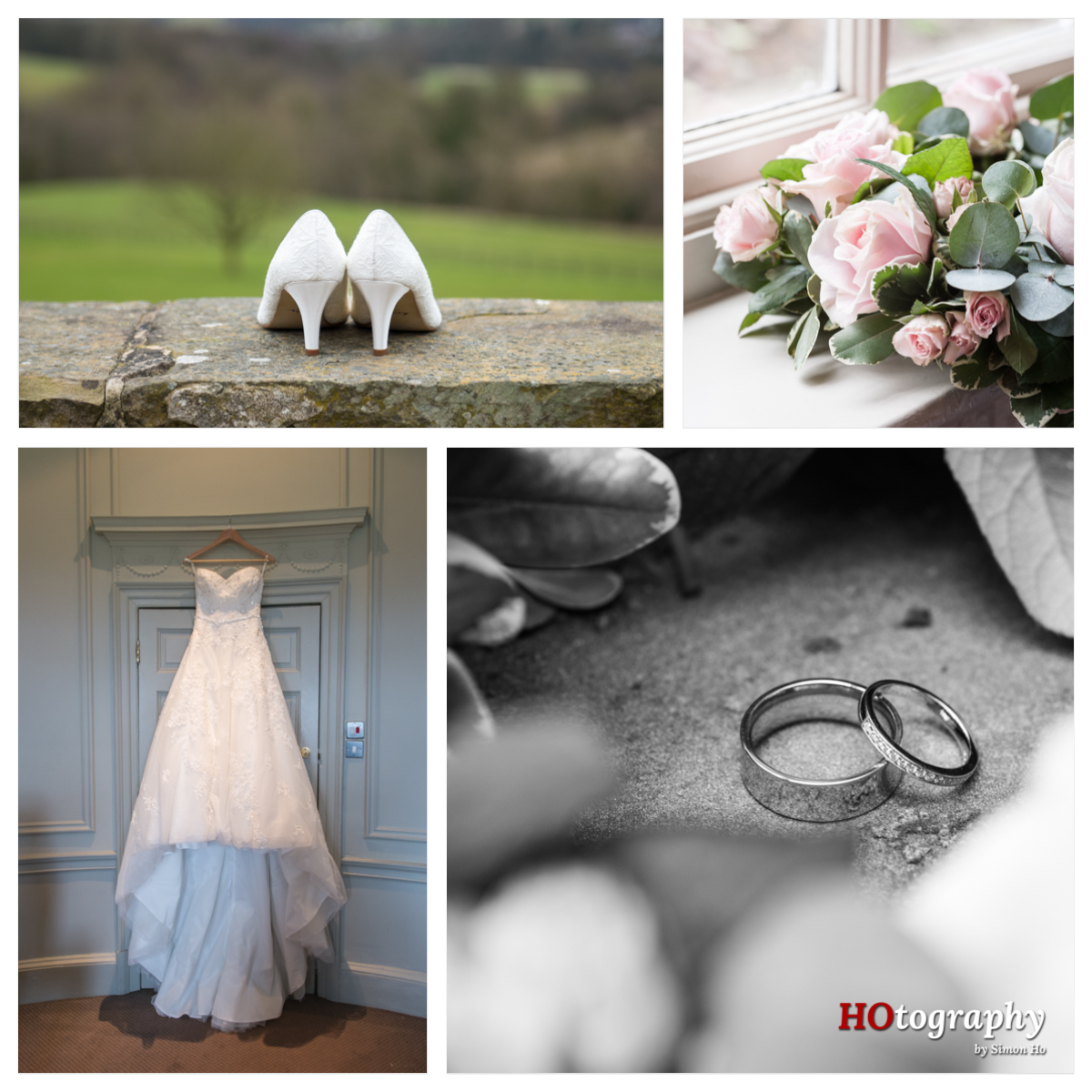 As the ceremony drew closer I took shots of Sally’s prep. 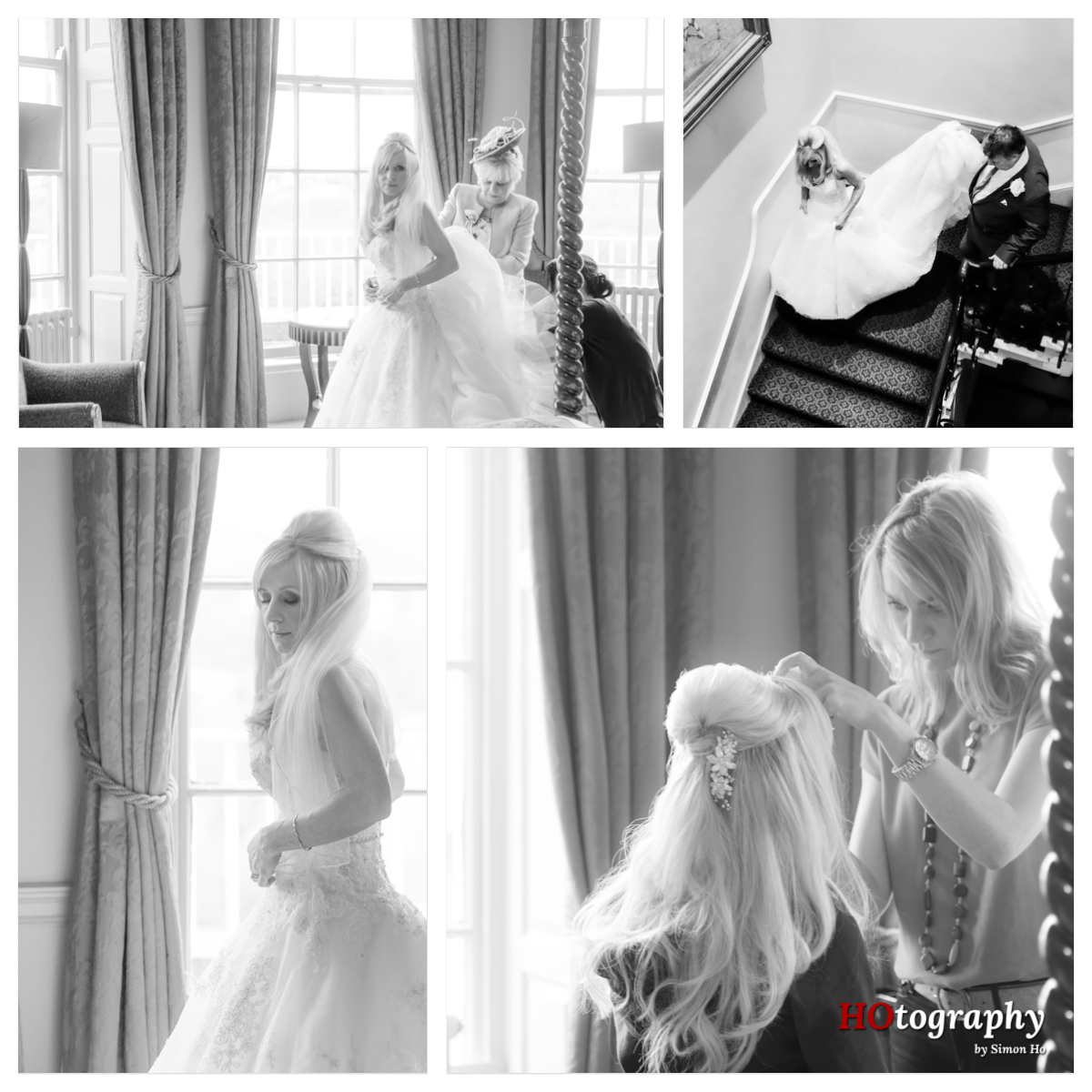 Sally was quite a nervous bride during prep but I love the elated “it’s really happening” expression on her during the exchanging of the rings. 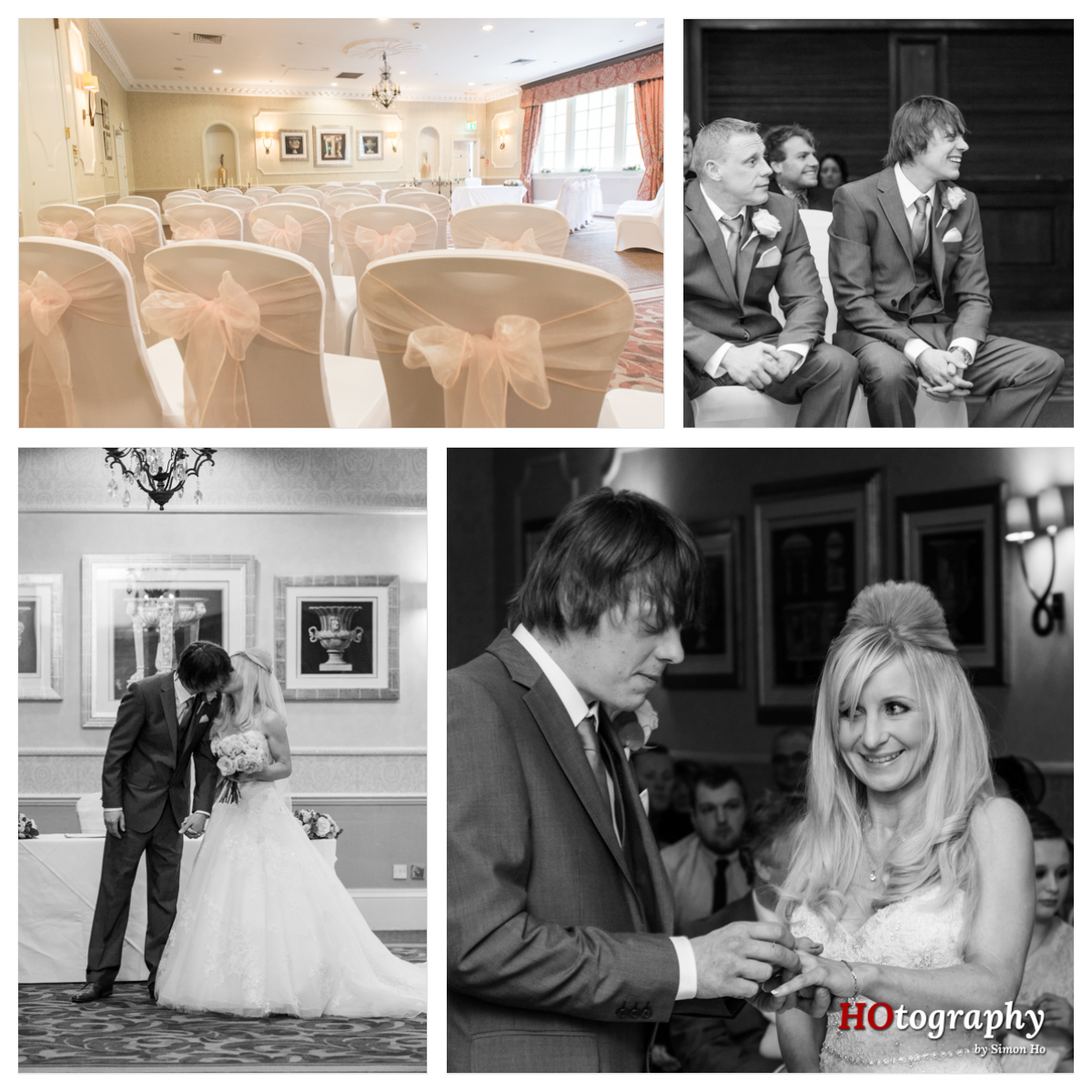 After the ceremony we grabbed some quick group & couple shots before everyone retreated from the cold. It was a pity the weather wasn’t better as from a photographer’s perspective Wood Hall is definitely a venue where you take advantage of it’s generous & varied grounds and not it’s relatively small bar. 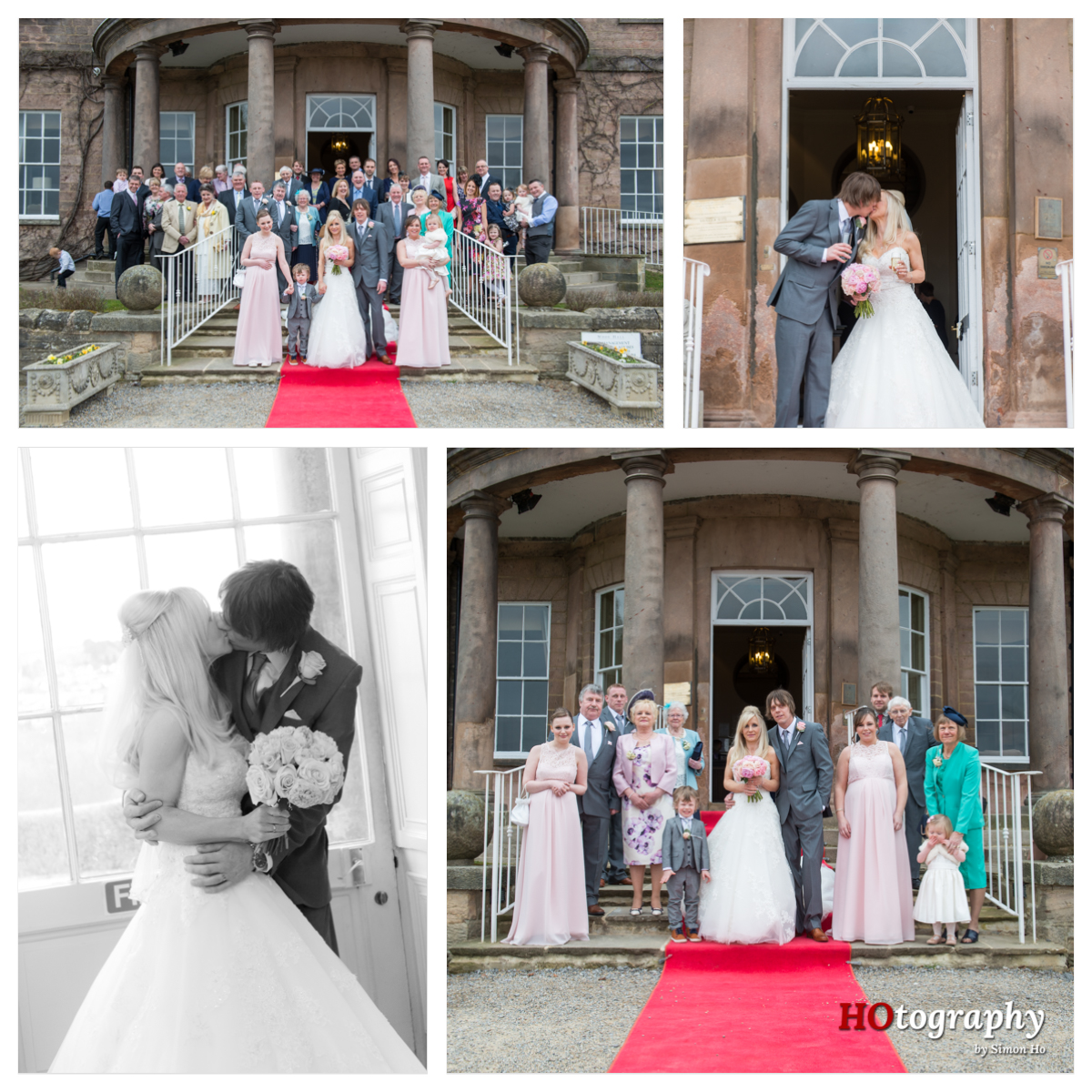 Here’s some of the key people of the day (bridesmaids/best man/son). There’s many more of course but too many to include in one blog post. 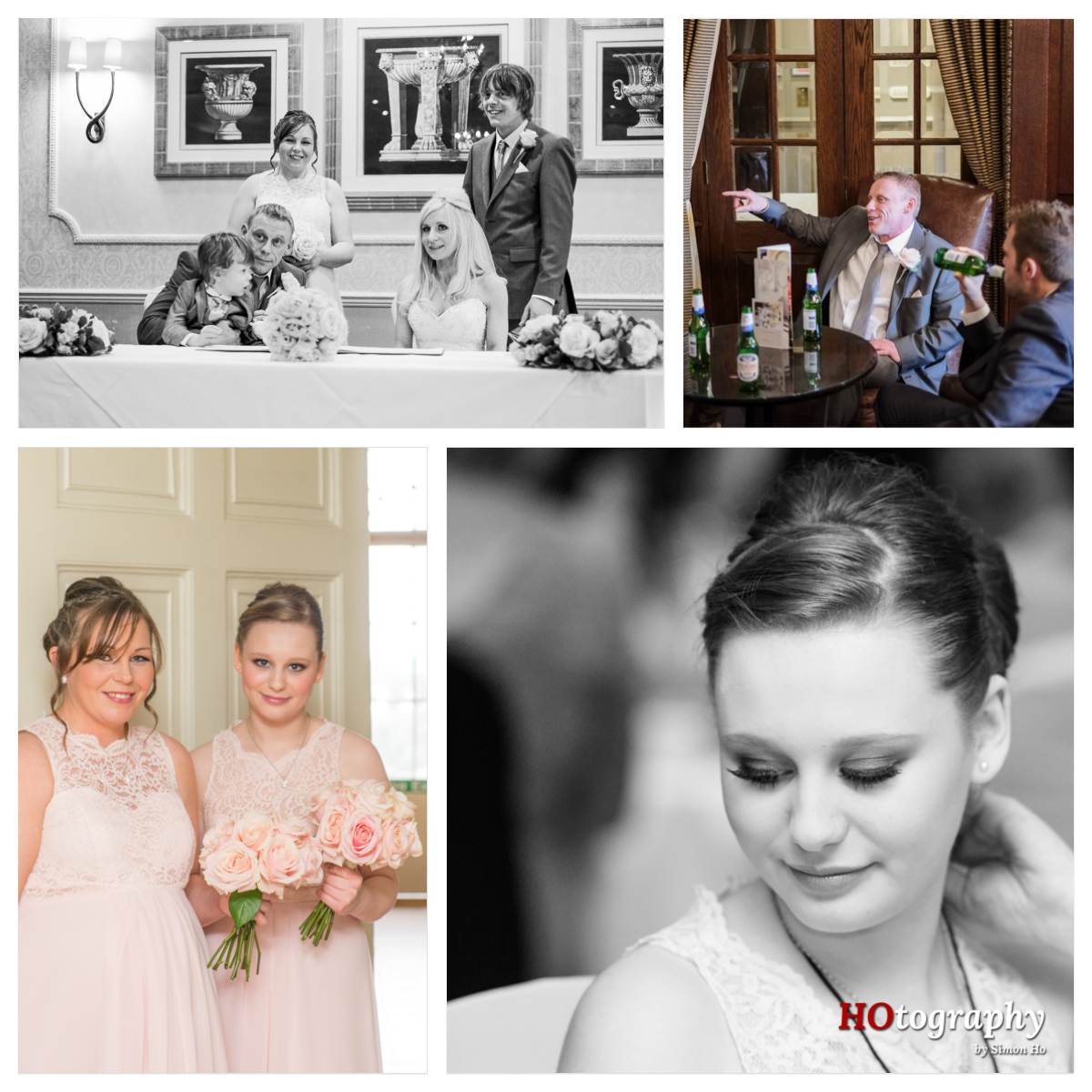 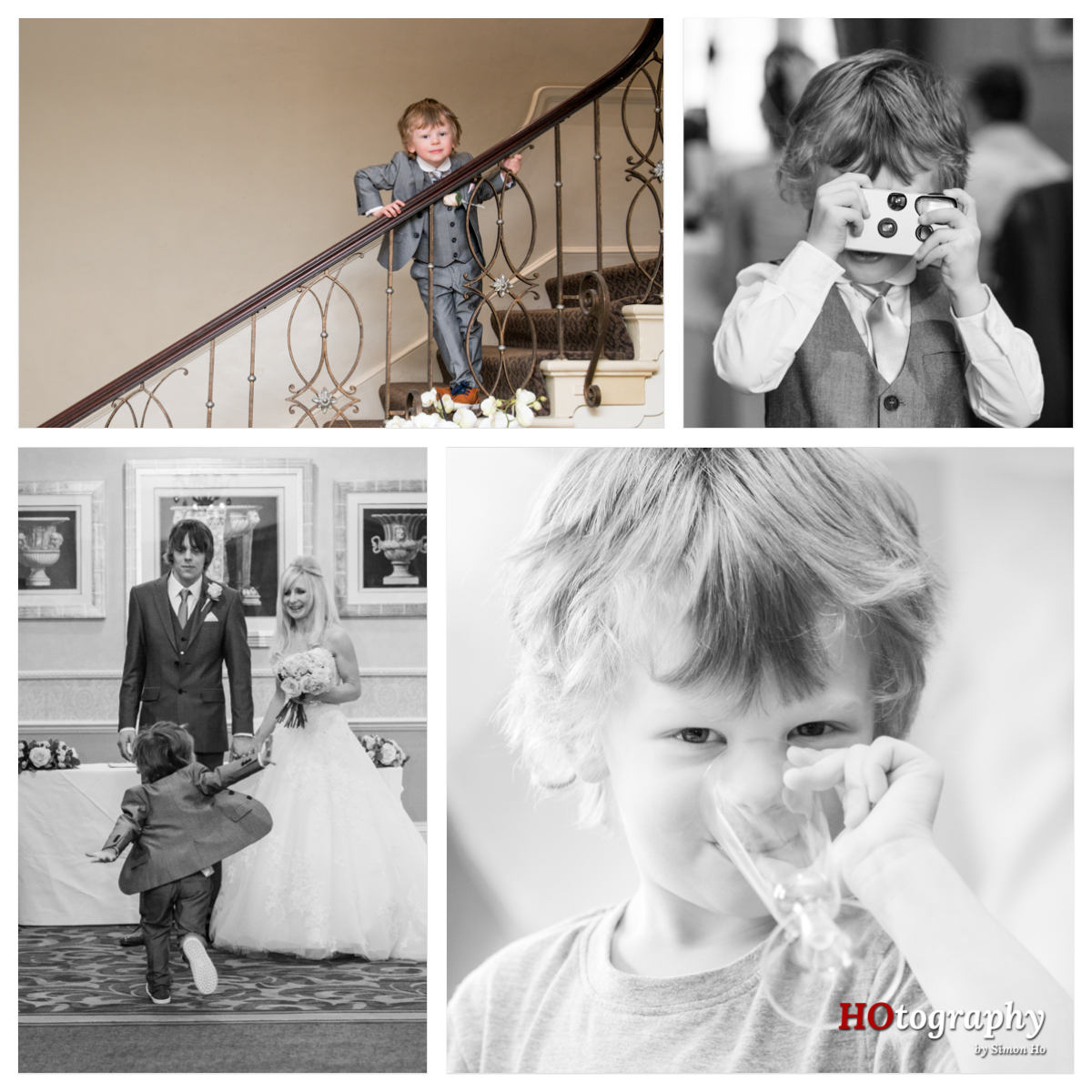 Some shots of the Wedding breakfast. 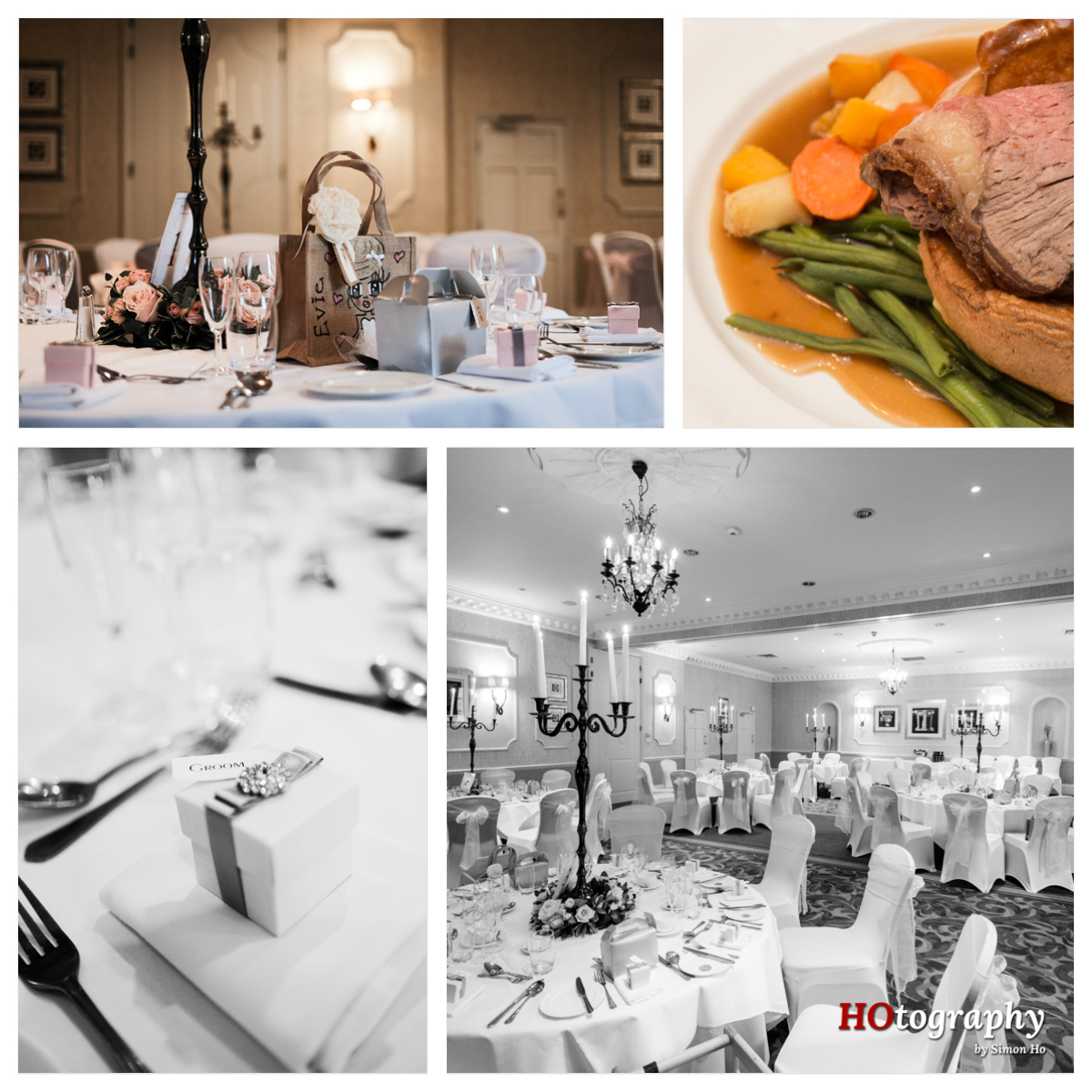 Some shots of the disco after the meal. 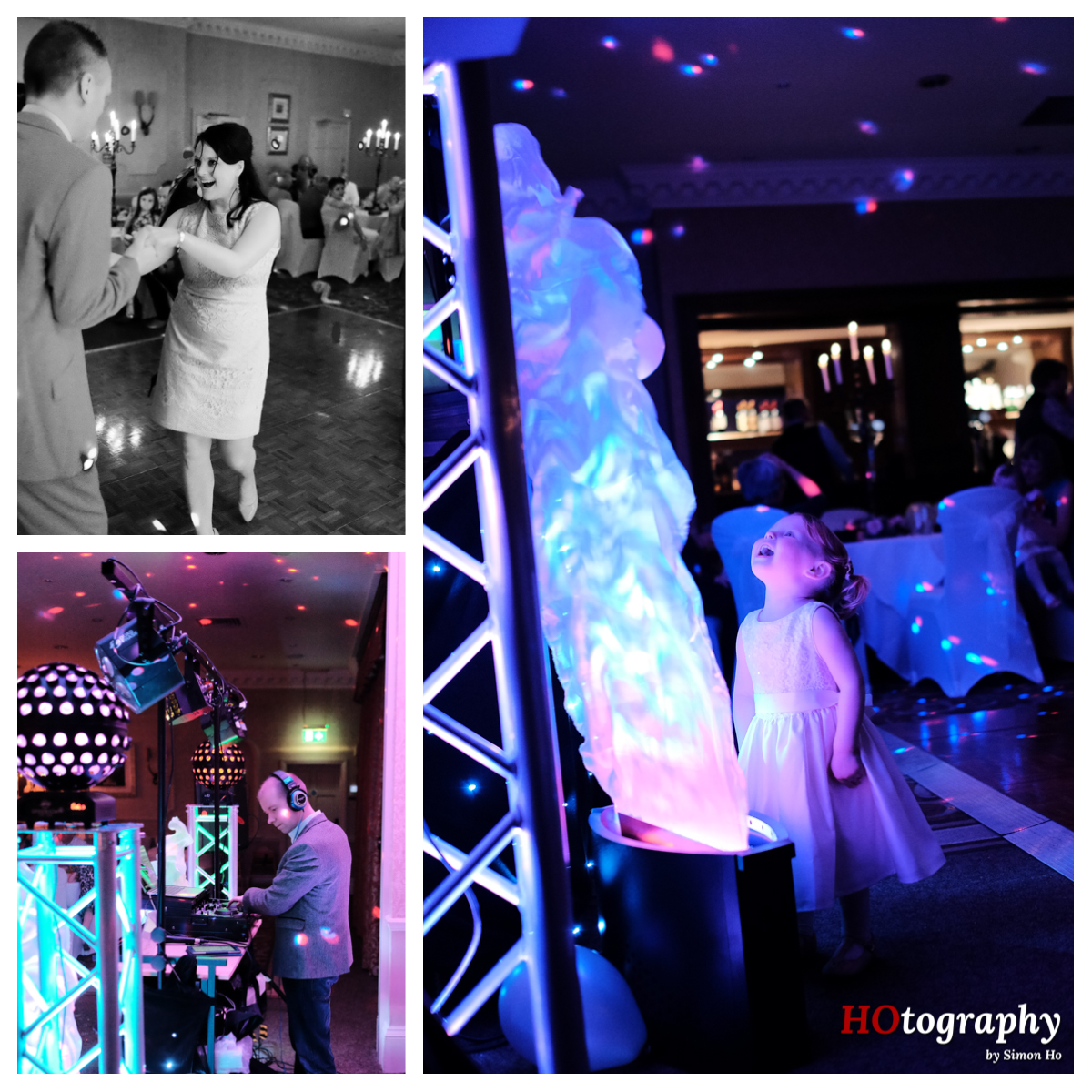 After the first dance I was able to convince Sally & Phil to pose for a few ideas I had. The entrance at Wood Hall had a lovely sofa begging to be used and having a second photographer on this wedding I was able to have Neil take the shot while I did some light painting with my sparklers by running across the garden attempting to trace a heart shape in front of the couple. 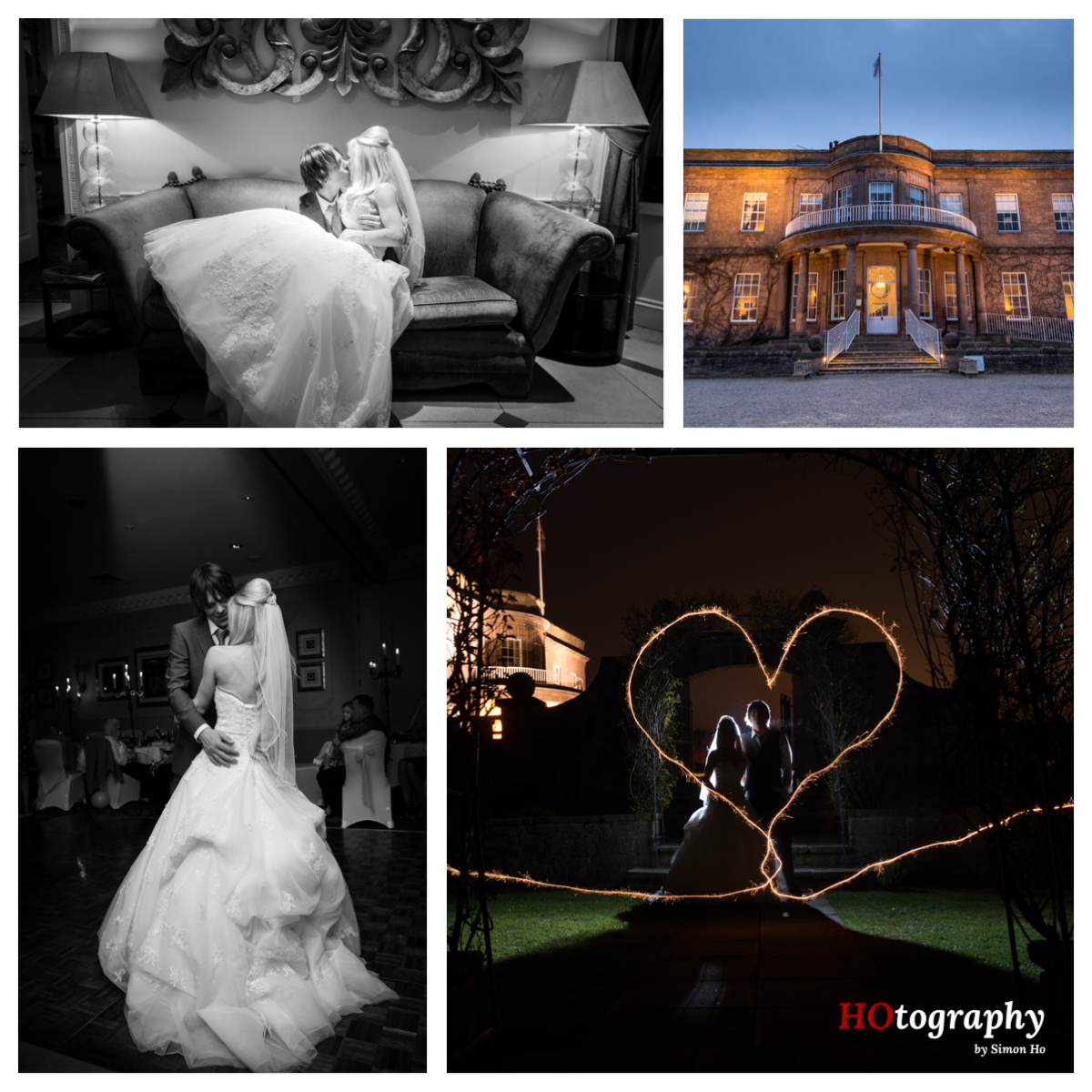