Lucy & Carl were two wonderful clients who were very receptive & keen to attempt the various shots I had in my mind. Their guests were among the most enthusiastic & jolly bunch I’ve photographed and made some of the keys shots of the day.

The wedding started at All saints Church in Wighill. Typical of a British summer, the day was mostly overcast but a little post processing has brightened up the appearance of the photos. 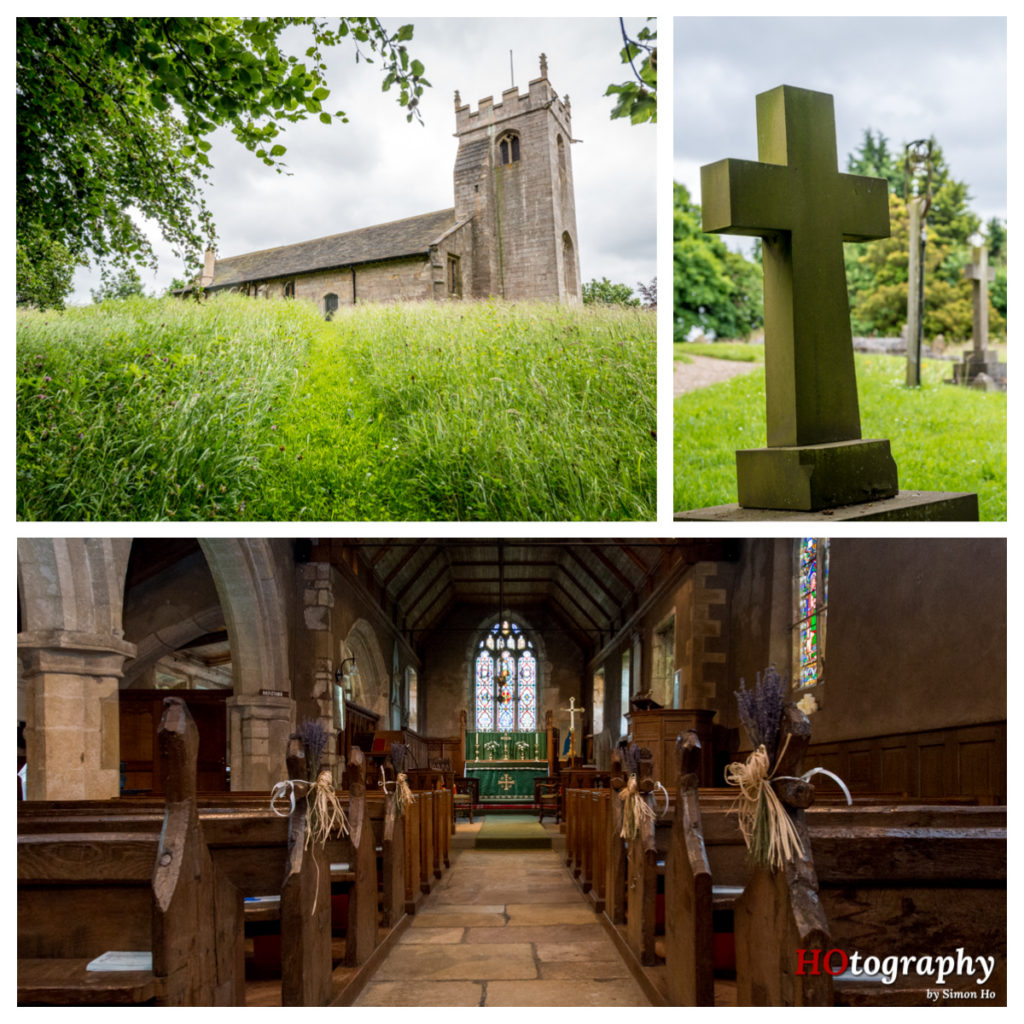 Carl arrived with with his groomsmen and was later joined by the children who had a fab time running around on the grounds. 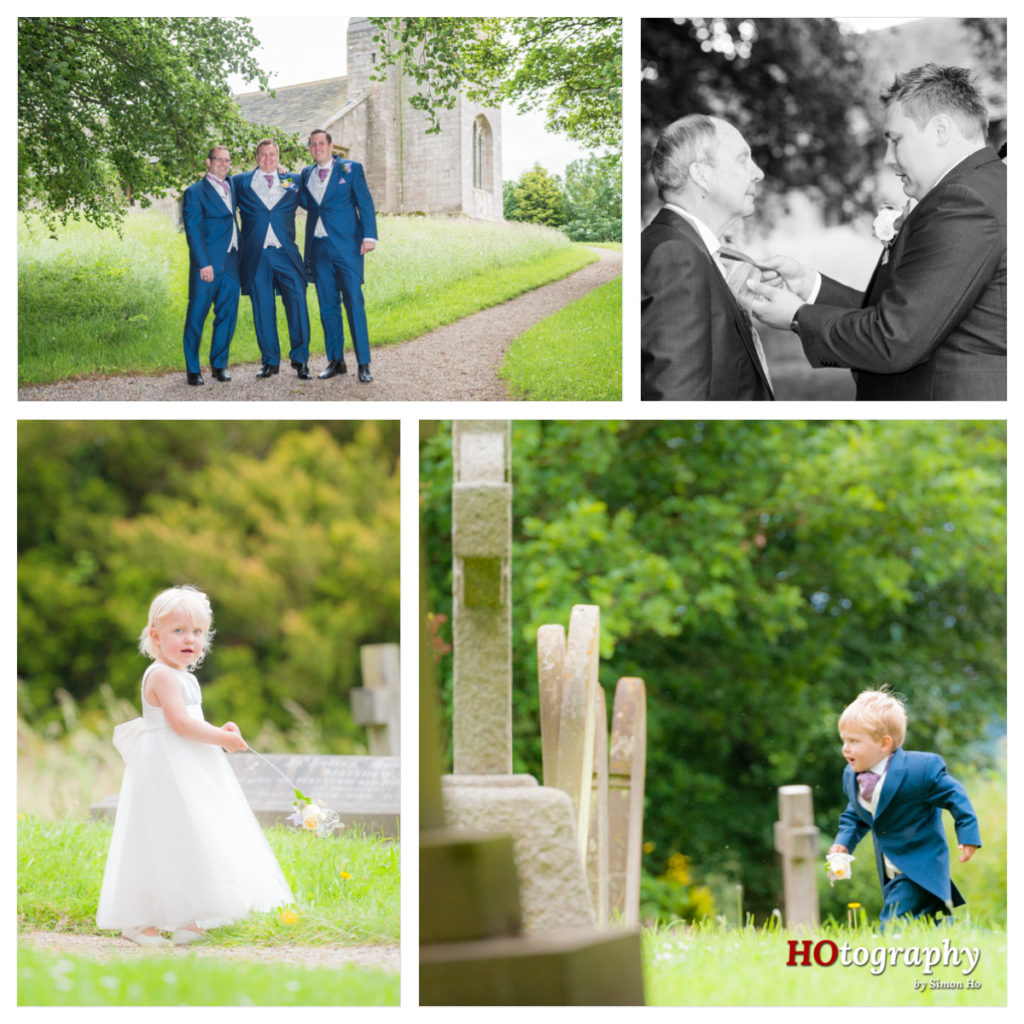 While Carl welcomed his guests I grabbed some shots of the day’s elements. 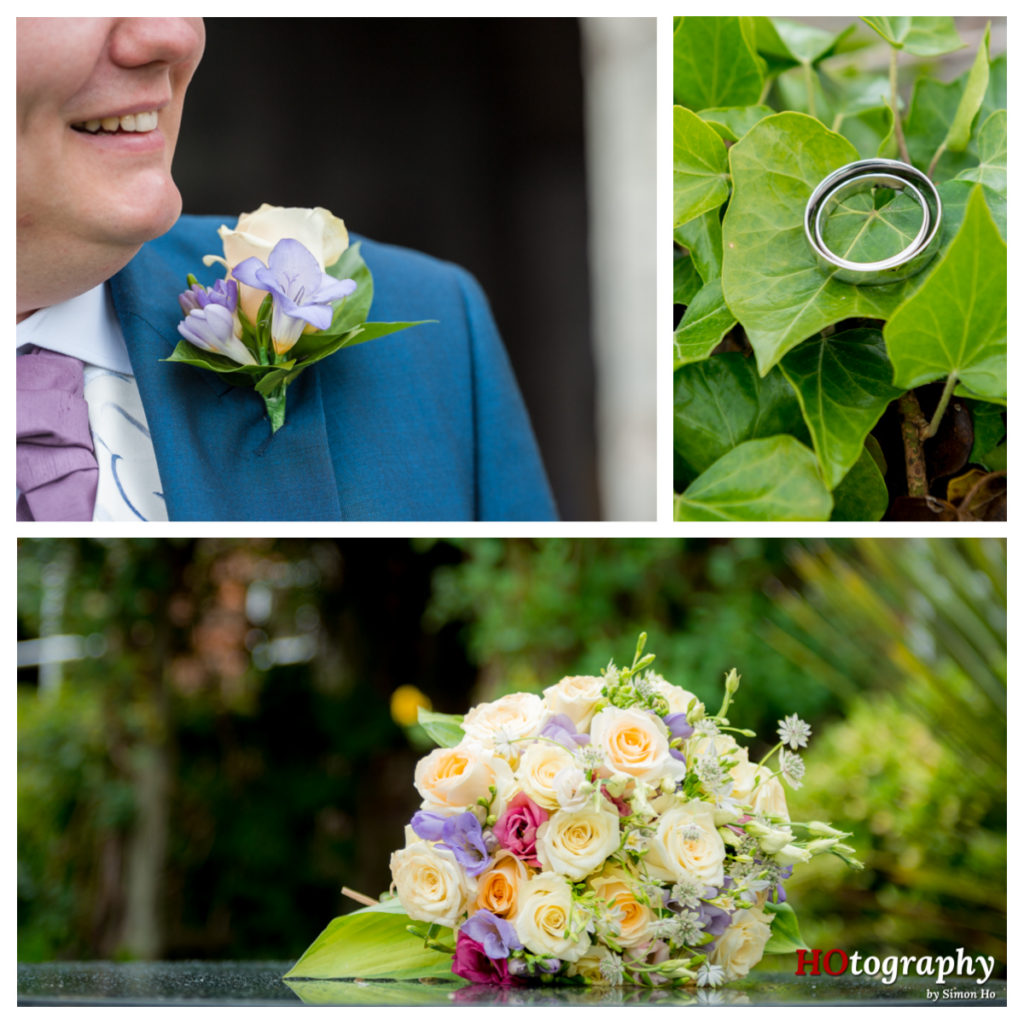 Lucy arrives in a vintage Morris minor with her father. 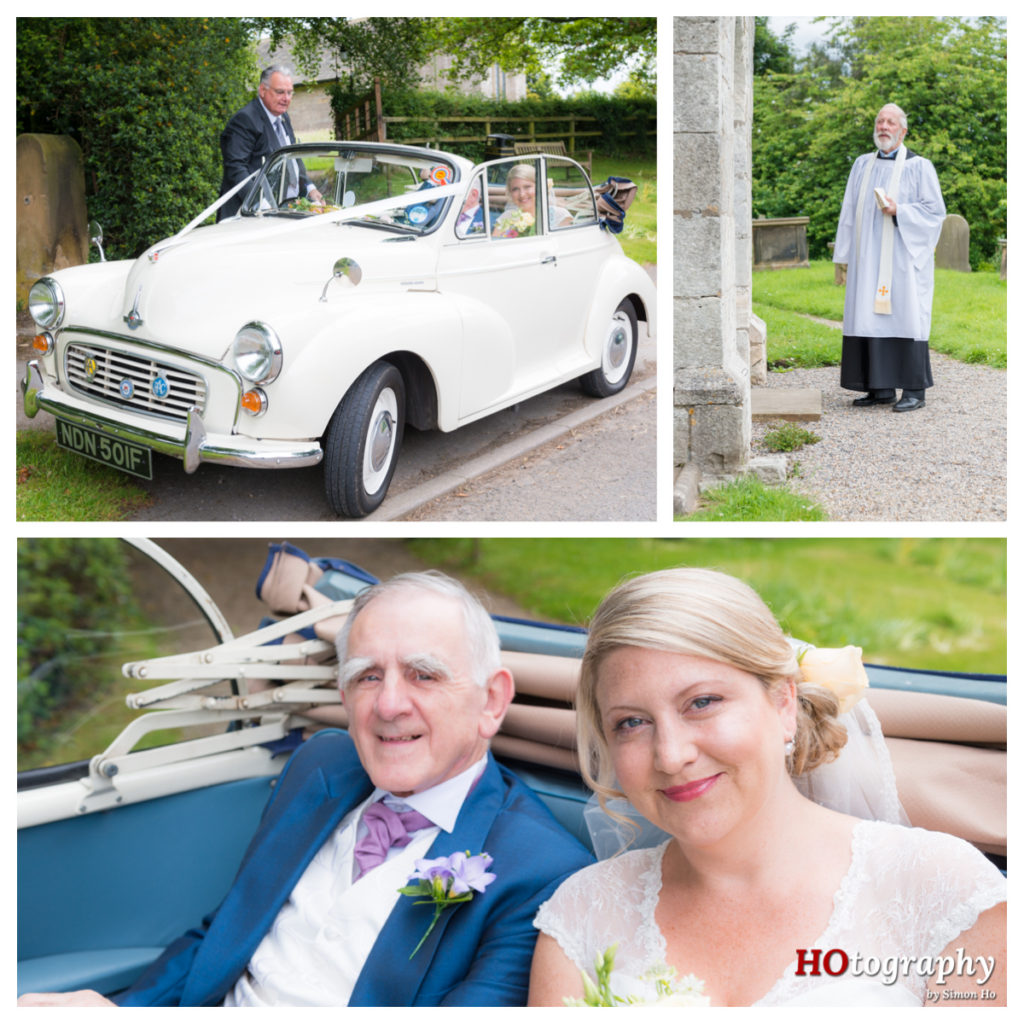 Lucy is part of a choir and so all her friends had turned up to sing for their special day. 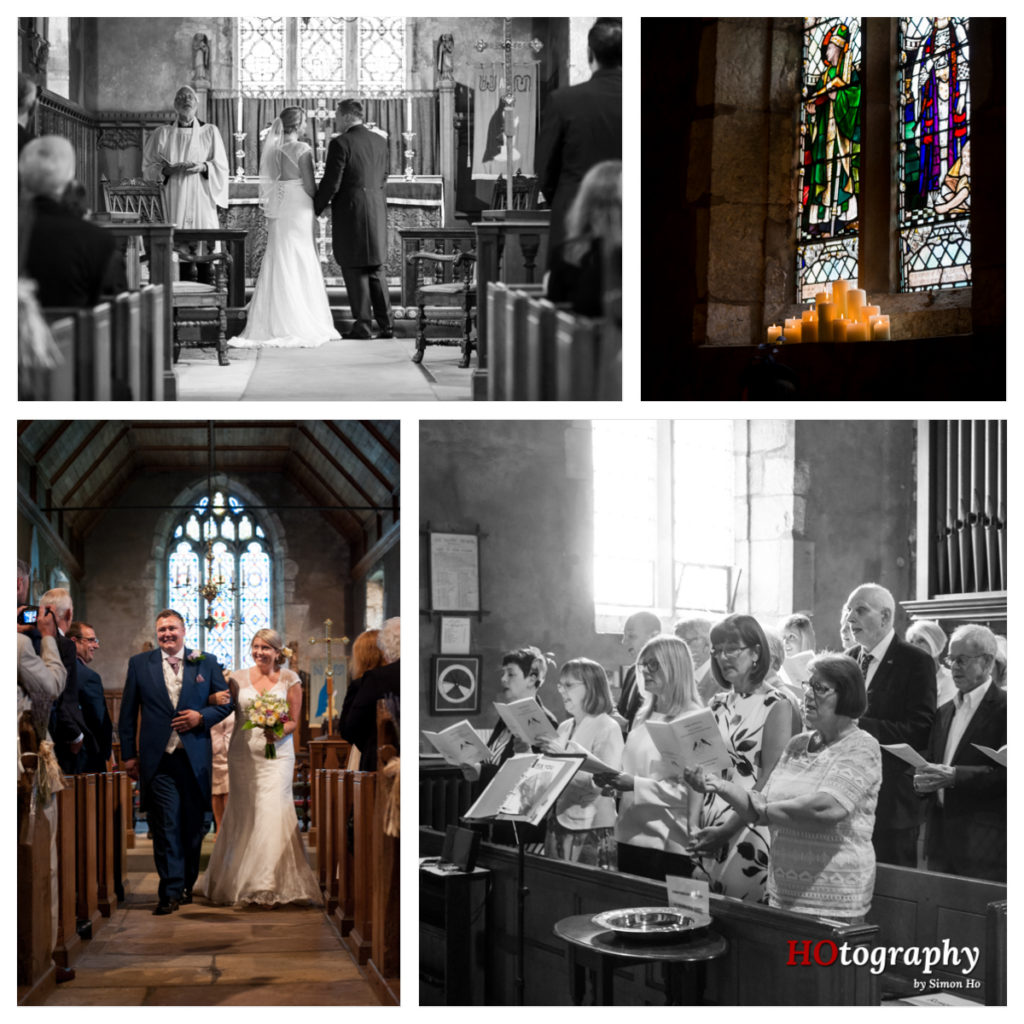 After the service we took some group shots outside the church and then the guests threw some potpourri over the newlyweds (they respectfully saved them until we left the church grounds to spare the hassle of cleaning them off). 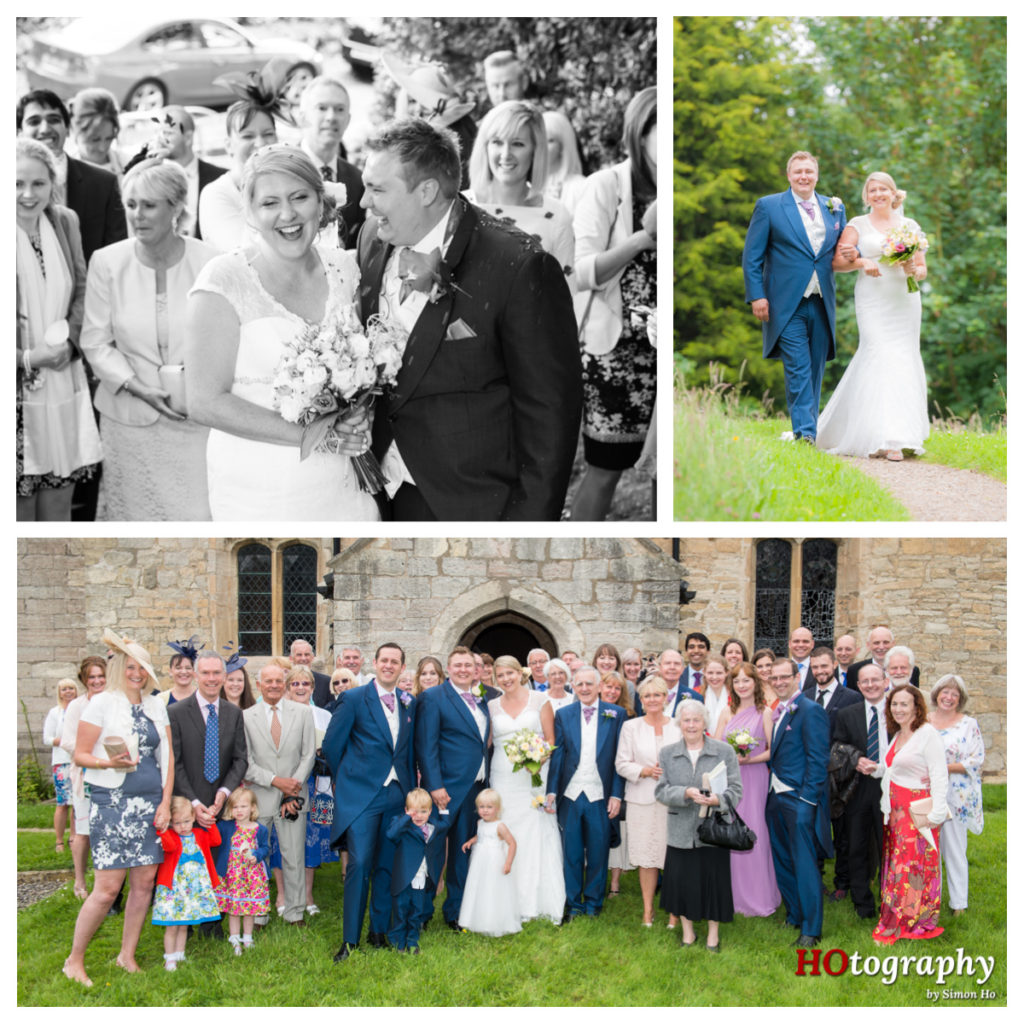 Afterwards we set off to the Bridge Inn (Wetherby), Lucy & Carl were very open to trying a few ideas I had so I took them to a spot near the pagoda I had scouted a couple of weeks back. 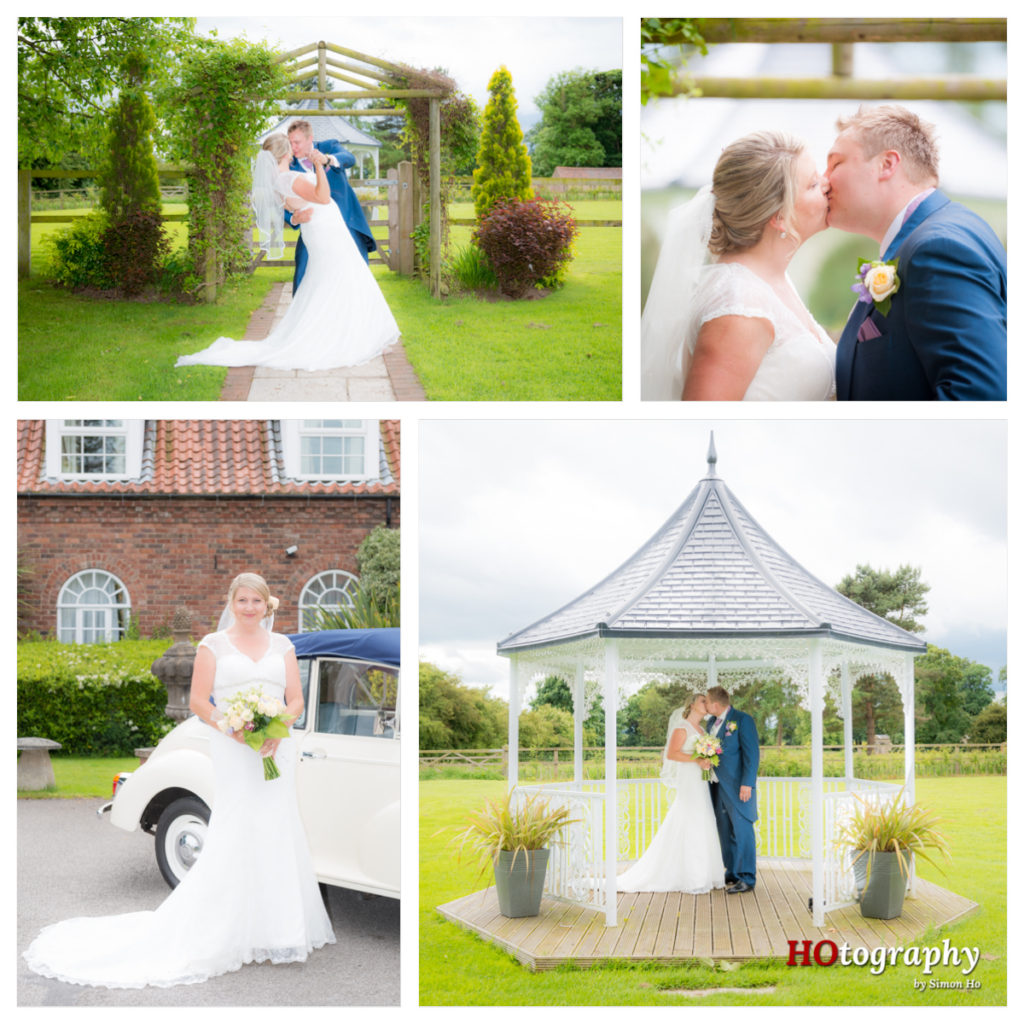 After the posed shots I let Lucy & Carl get back to their guests and I take shots of the dinning room getting ready for the wedding breakfast. Lucy & Carl were very fortunate to have an extremely talented family member make a amazingly intricate cake for them. 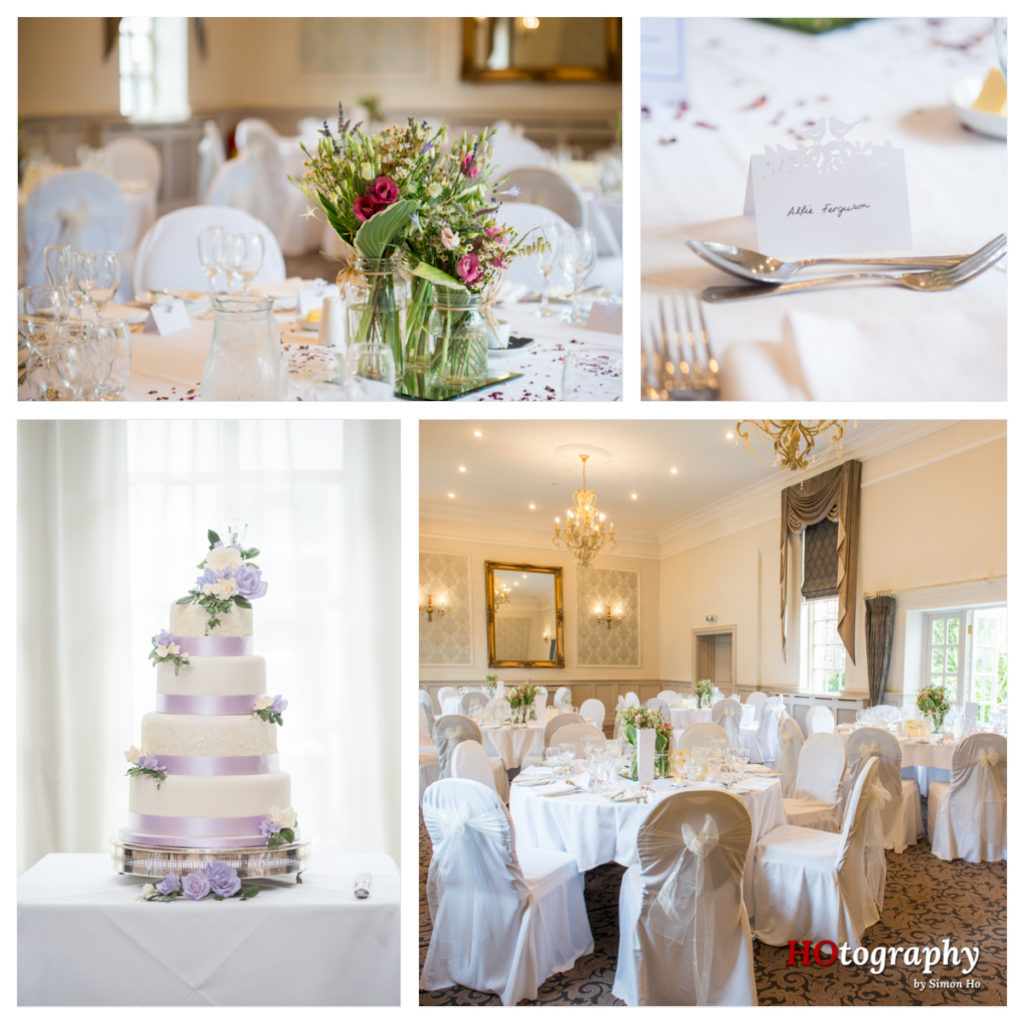 Dinner is served and a extra thanks to Lucy & Carl for plating up for me as well (not expected but much appreciated). 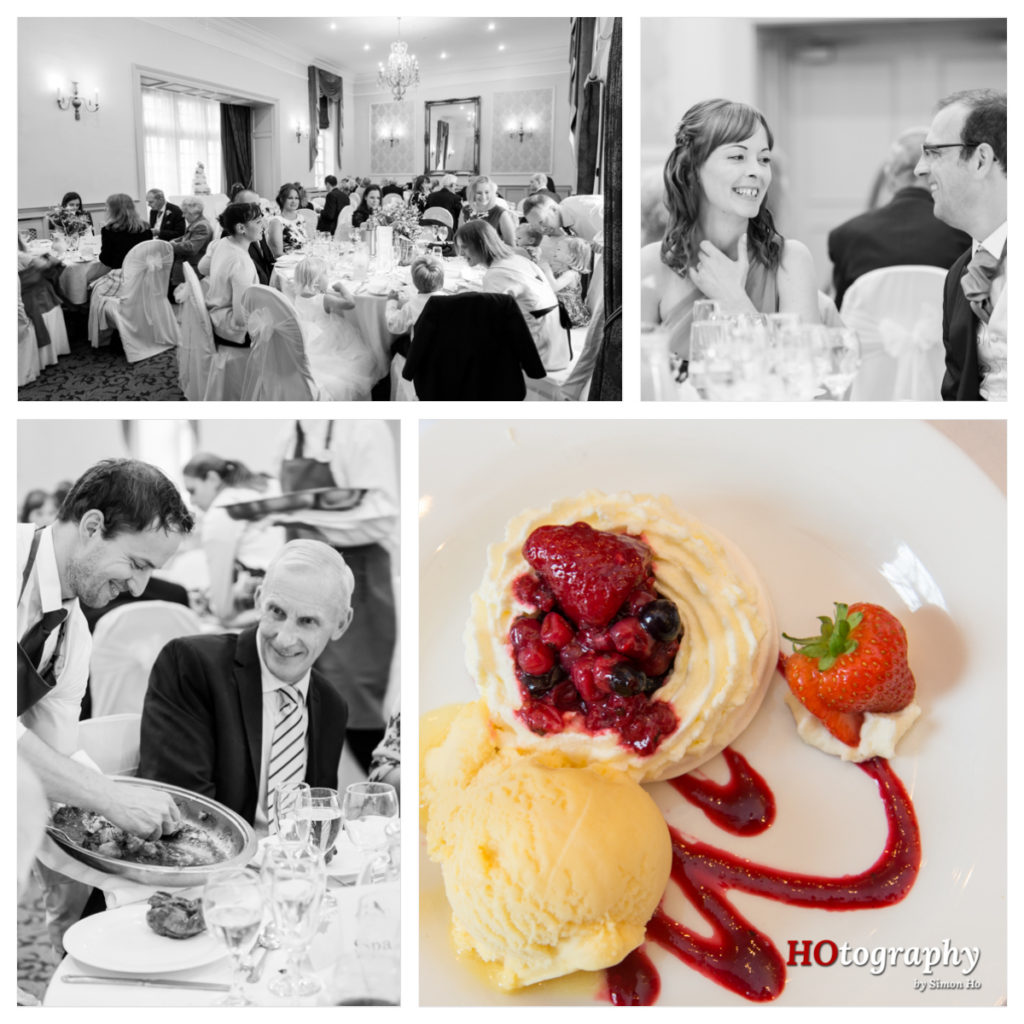 The speeches were marvellous! Having been to quite a few weddings it’s not that uncommon to see nervous men do very short speeches or even skip the tradition but I’m glad to say all the men at this wedding delivered something that was both touching and hilarious. 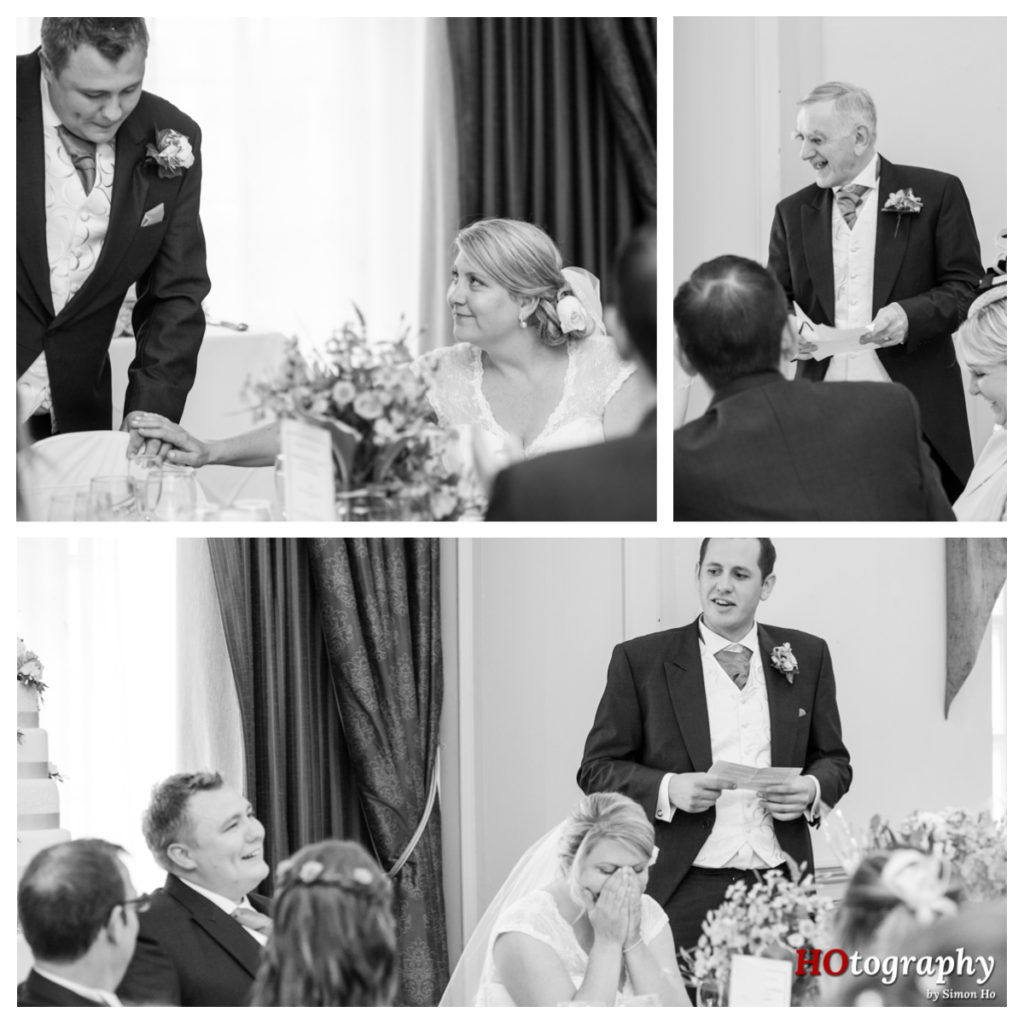 Lucy & Carl had a very good crowd with lots of people willing to get involved in the photos. Kudos to the chap for following my ‘weight on your back foot’ posing tip. 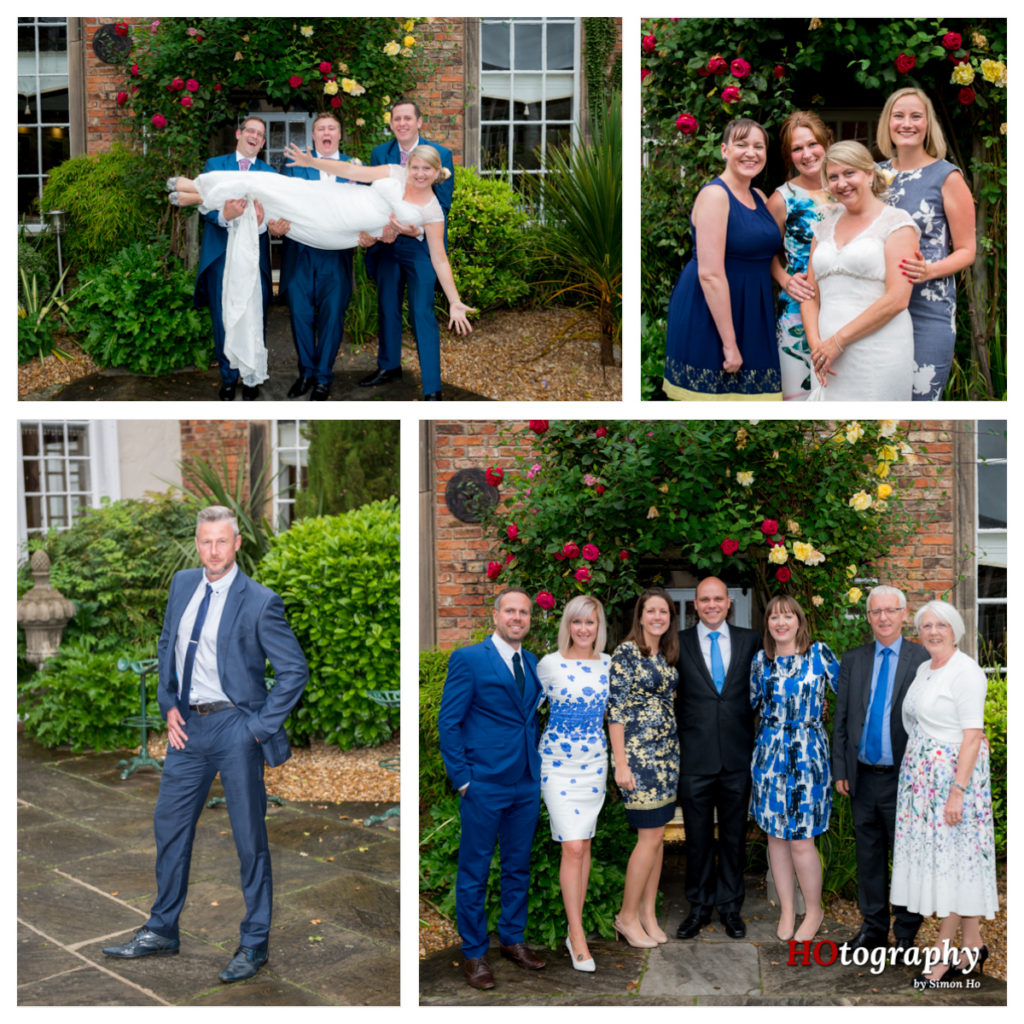 During the 1st dance I had my flash mounted on one of the DJ’s light stand to create the starburst effect and then back to camera mounted flash to capture the DJ’s disco effects. This is surprisingly awkward to achieve as you’re having to strike a balance between several competing factors, you need to light up the room with the flash without overpowering (washing out) the disco lights, you need to shoot at a fast enough shutter speed so you don’t get motion blur of the couple dancing but at the same time the shutter speed needs to be slow enough to allow the disco lights show up and to paint a small trail. 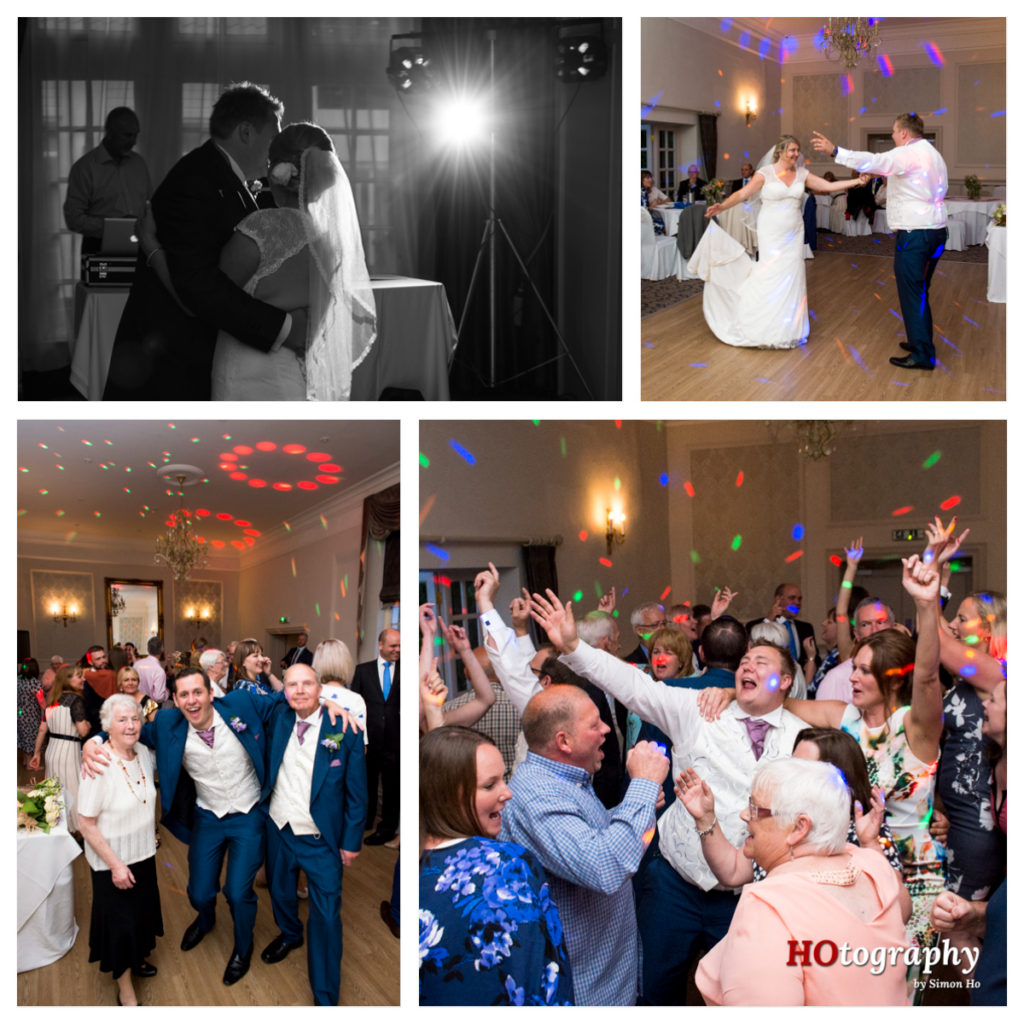 To finish off I had planned to attempt some light painting by running around the couple with some sparklers at the pagoda. Lucy was blessed with enthusiastic friends who became giddy from the novelty of the sparklers and jumped at the chance to do some lettering together. No doubt the wine was doing some of the talking, but it was nice to end the night with hearing: “that’s the most fun, I’ve ever had at a wedding”. 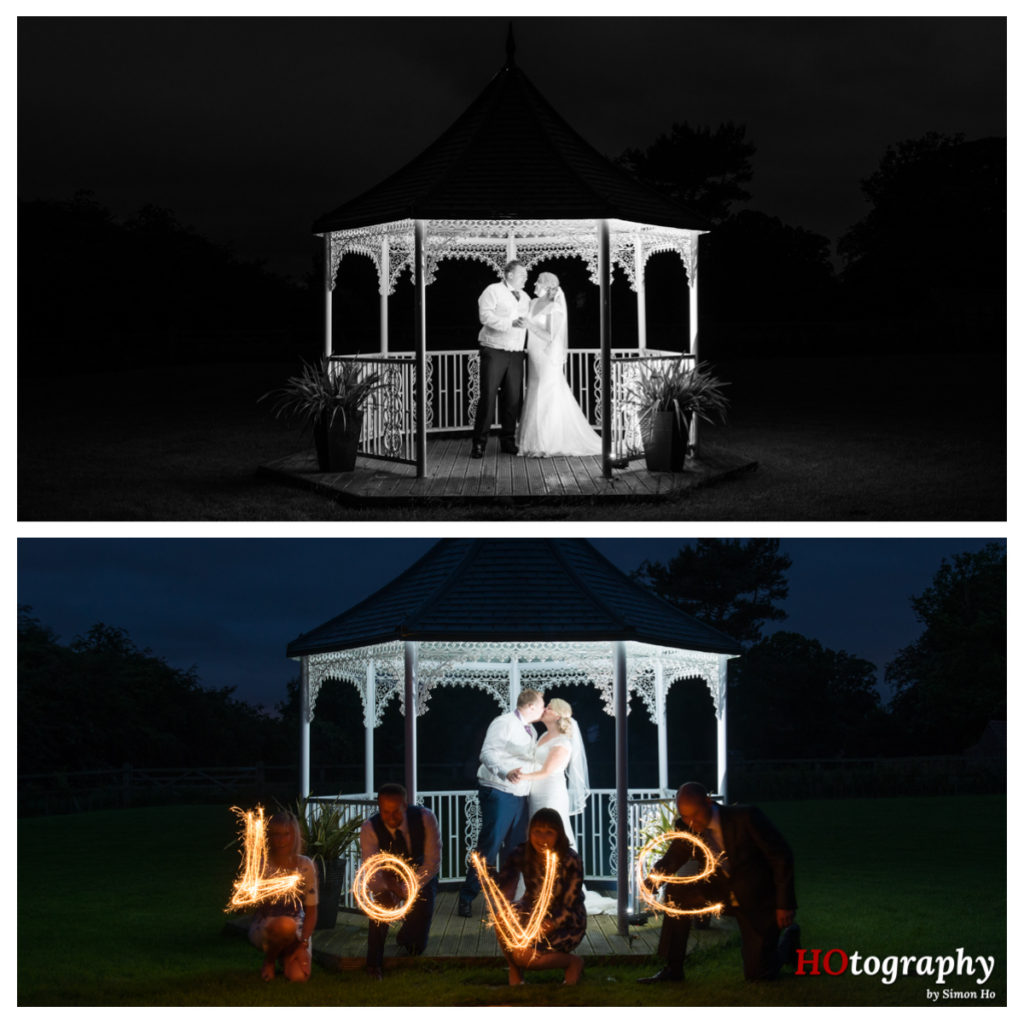