Cake smashes are a very popular option at my studio for children approaching their 1st birthday. Customers can customise the theme of the shoot but aren’t always sure of what to do so here’s a showcase of some of my cake smash work which might give you a starting point:

Pink glitter – A mother had requested a pink glitter theme for her little girl, and the 1st image that came into my mind was a girl blowing sparkly glitter towards the screen. In reality such small glitter would be impractical to photograph (and probably unwise to have it blown around a cake). So this idea morphed into paper confetti & ribbons which I made with tissue paper (I did consider metallic versions but worried about the reflections from the studio lights on metallic paper) instead I asked the mother to source a sequin dress for her little girl to get that sparkle. 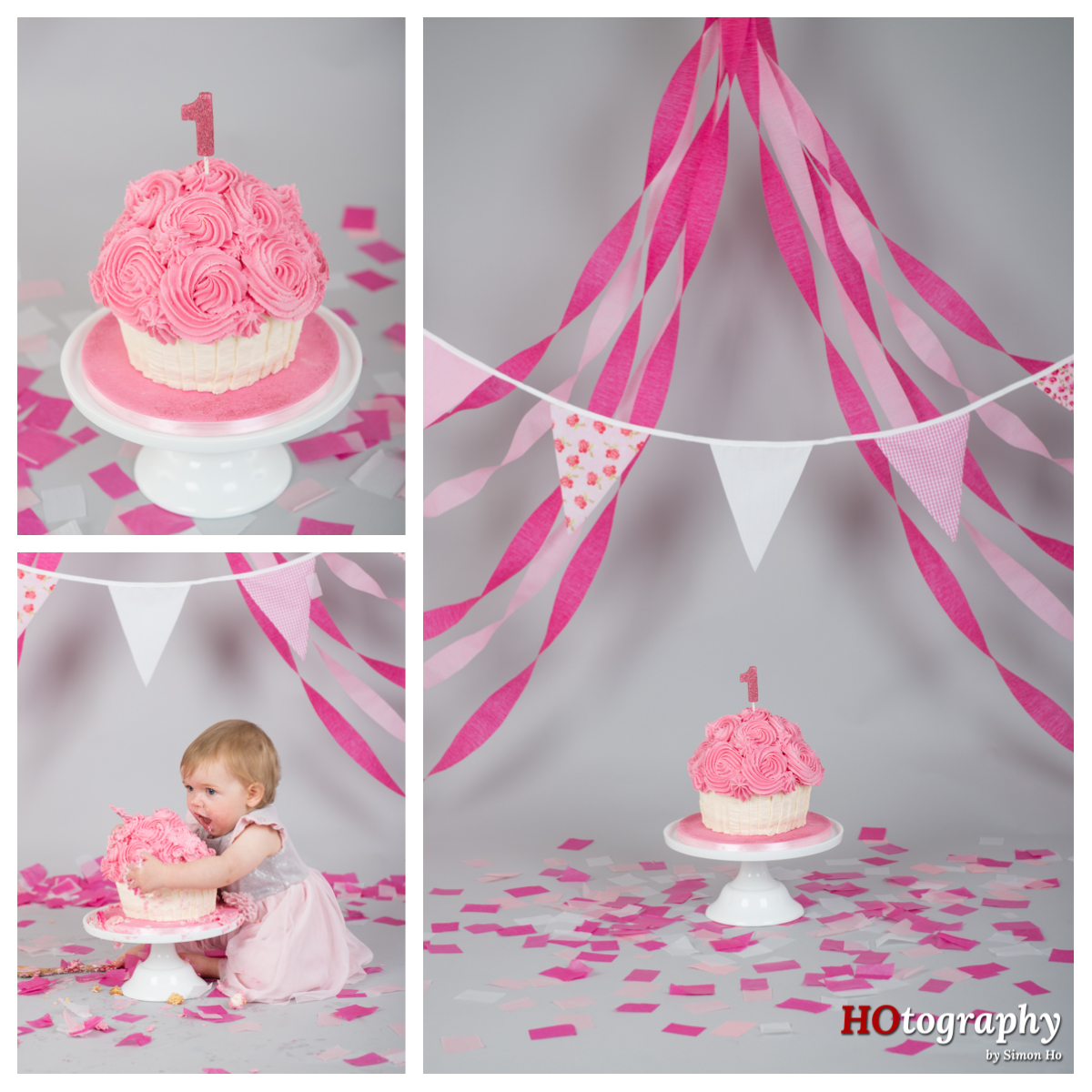 Mint, Pink & peach – This theme was originally requested by a mum who had these as her wedding colours (see April’s cake smash). She bought over some mint coloured lanterns and matched the other colours through a combination of balloons, background & cake design I covered the other colours. 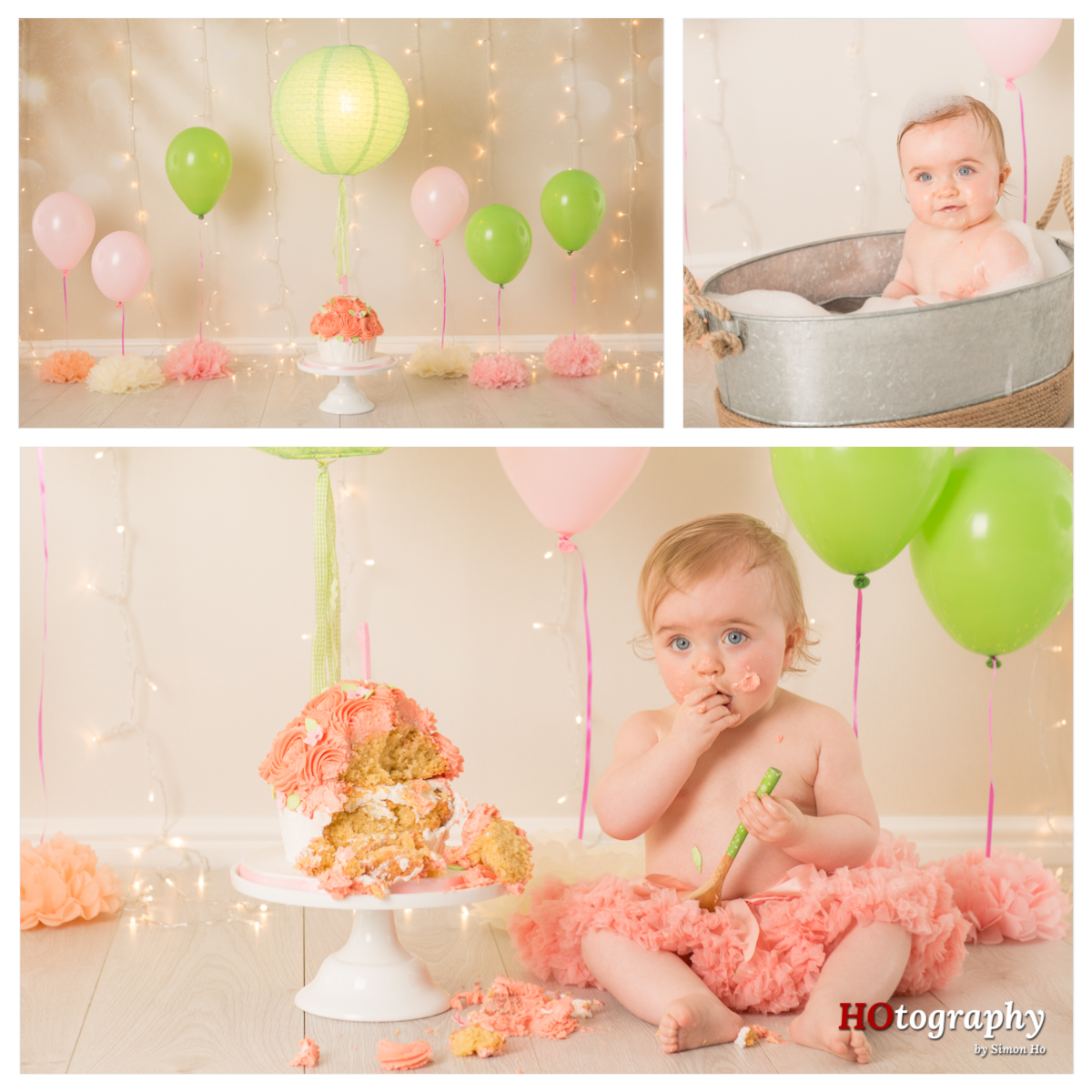 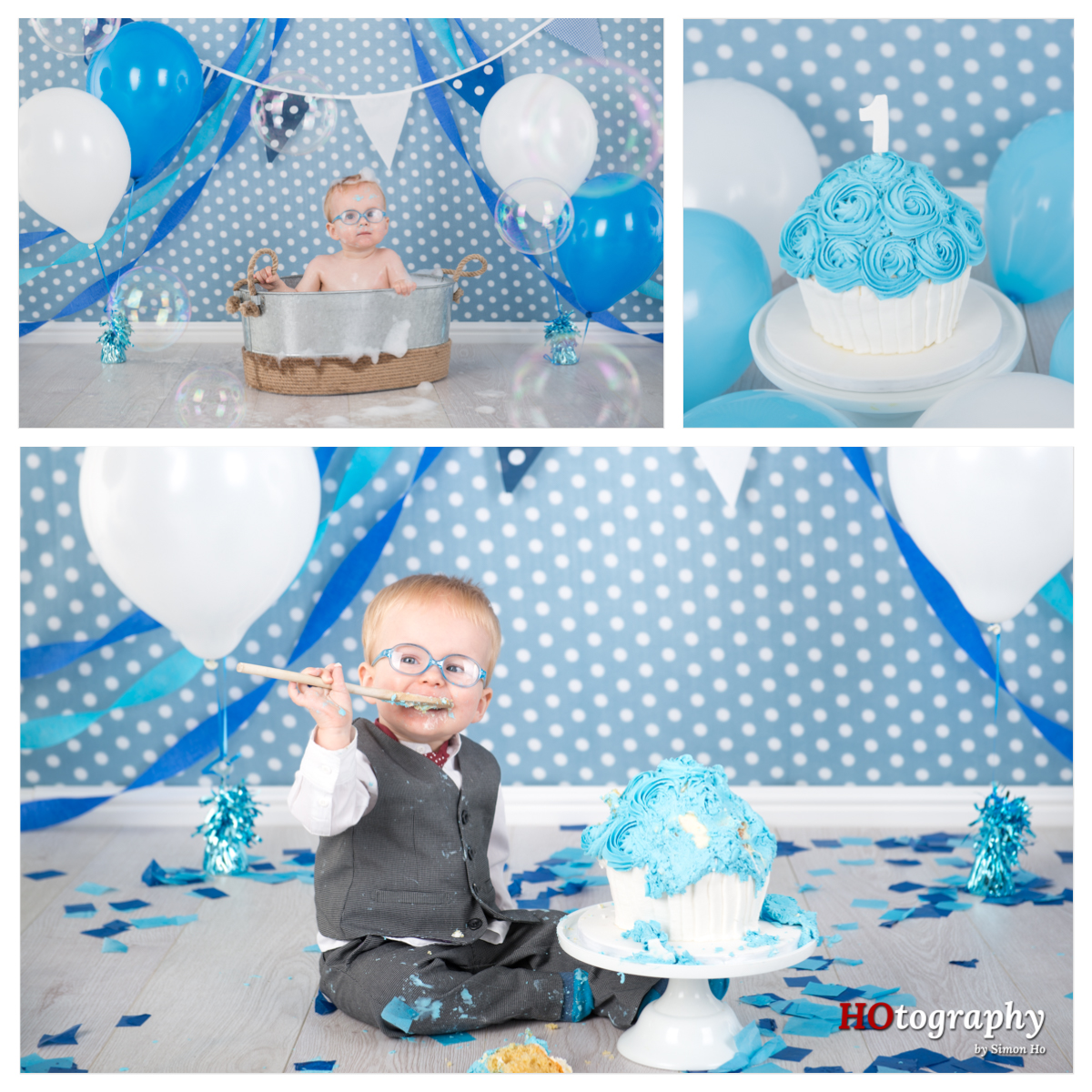 Pink polka dot – Just a basic polka dot background with some bunting but lends itself to several girly shots such as the tea party scene that can be used before the cake comes out. 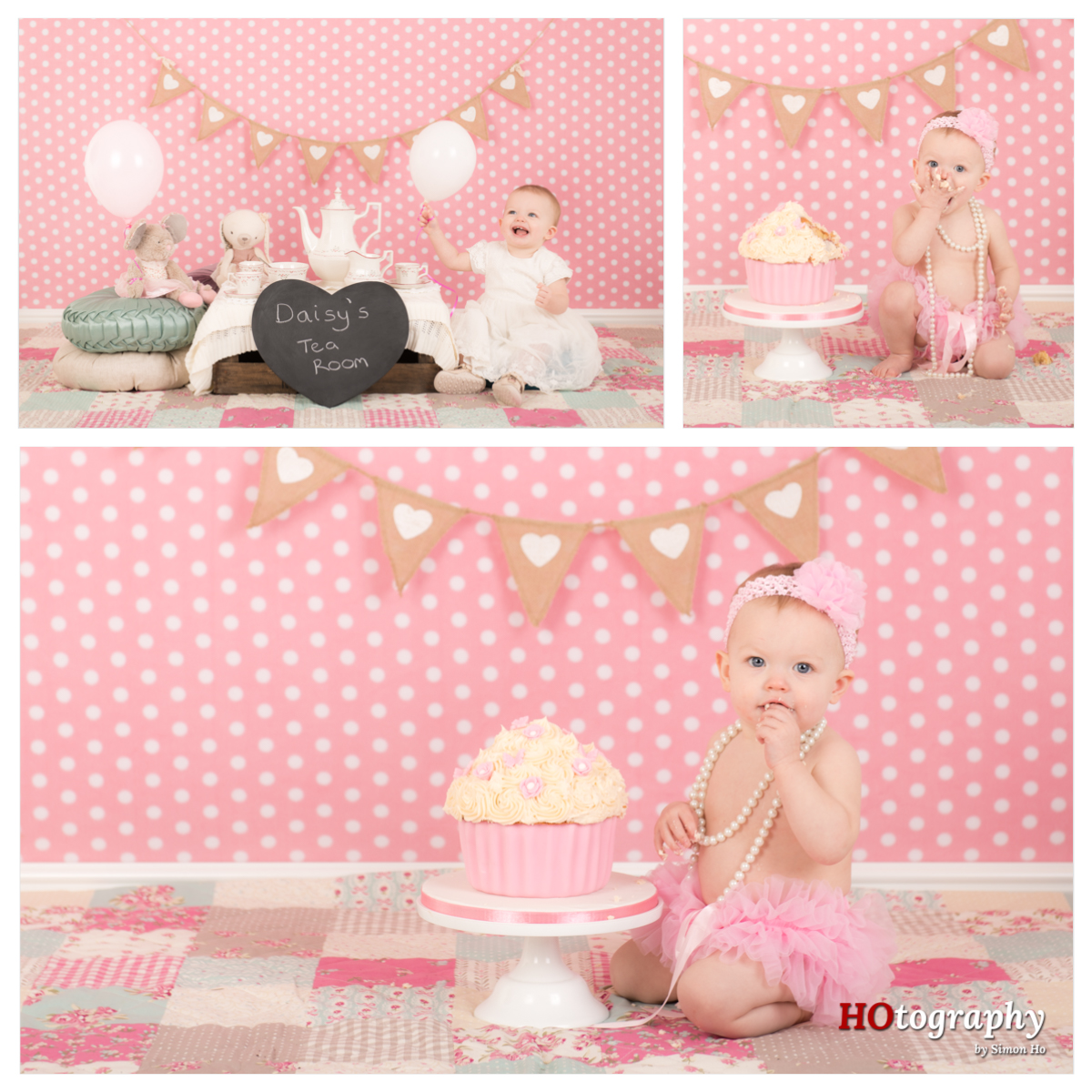 Rainbow – This was a request from a mother for her little girl. I had the cake maker do the incing in multiple colours and I made the background using paper streamers and did a bridge of balloons. This was a collaborative effort and I had the mother source a matching tutu and headband. 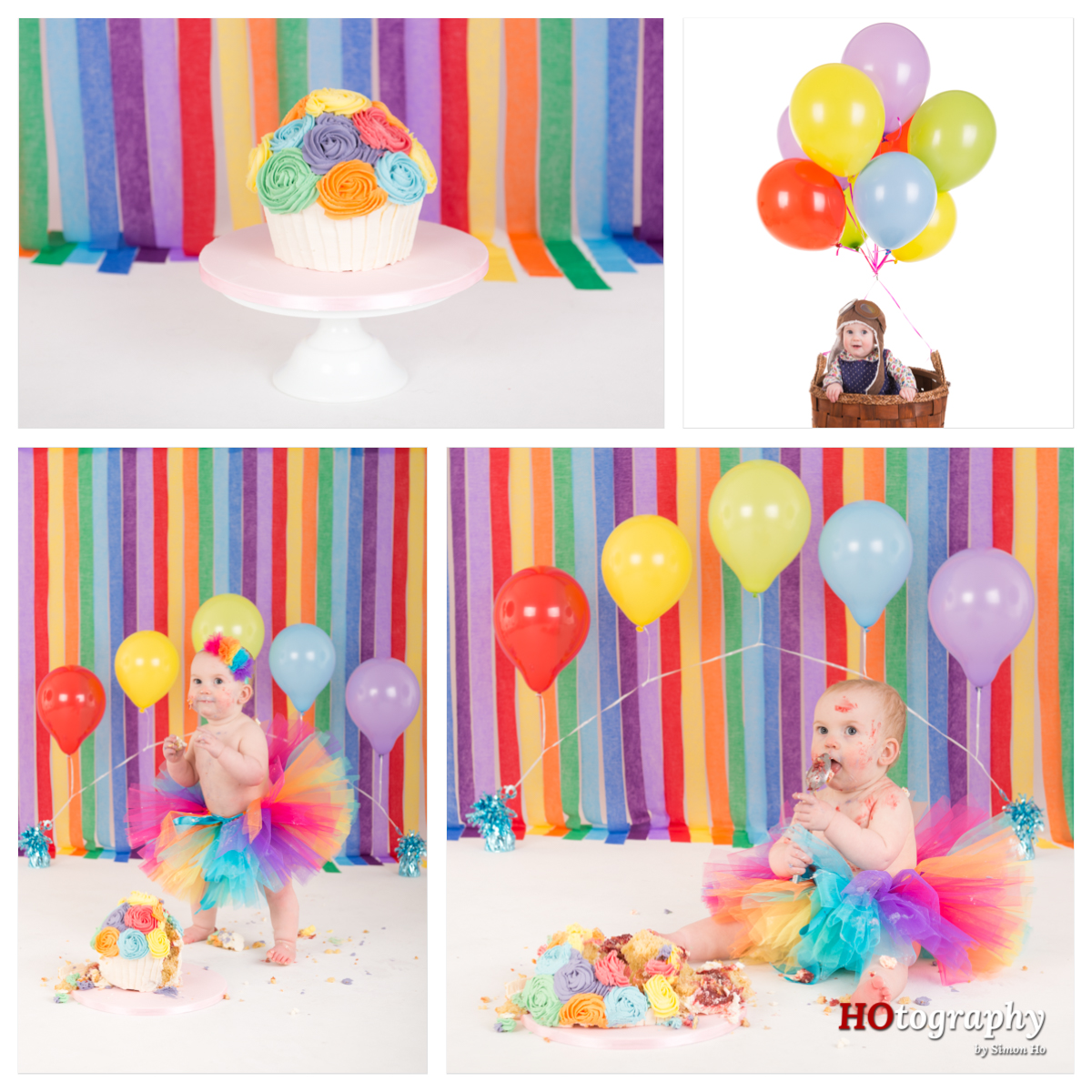 Sunflowers – I have to say I was left scratching my head when this mum asked me to build a theme around sunflowers… I did have an existing barn set which I added some paper streamers to it so was wasn’t a totally brown scene. The mother on the day brought some plastic sunflowers and pom poms which she was using for her little girl’s birthday party to following day. My cake maker brilliantly constructed a floral decoration on the cake reinforced by dried spaghetti, thankfully it all came together. 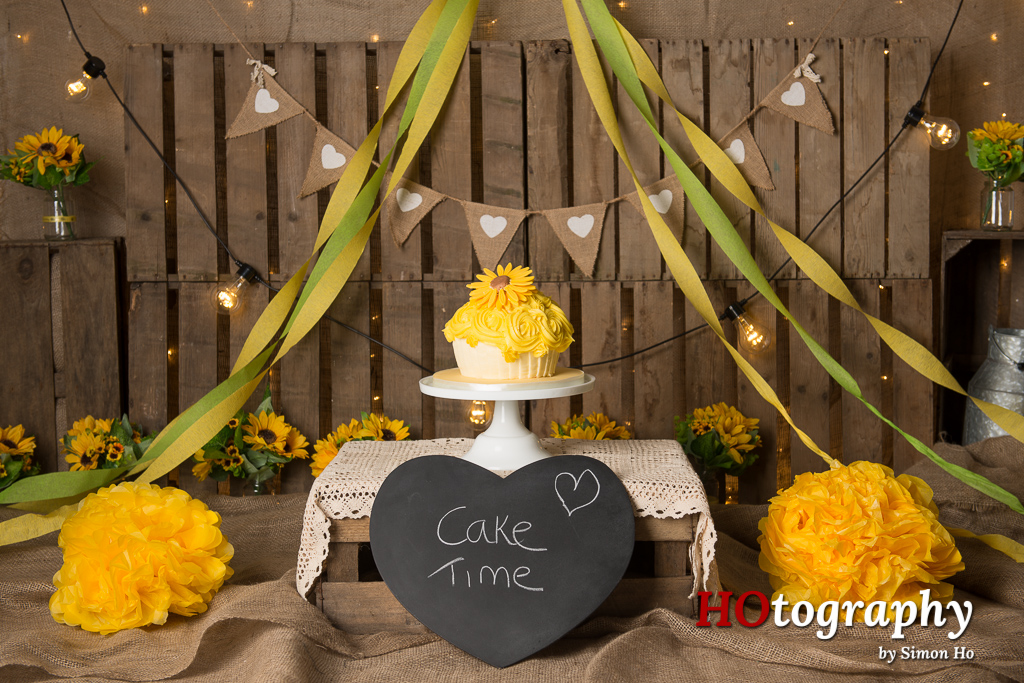 Butterflies – When I was asked to create a pink & purple cake smash theme I wanted to find an adorable twist that would be different to the polka dot setup I’ve done before. That angle was a kaleidoscope of butterflies. 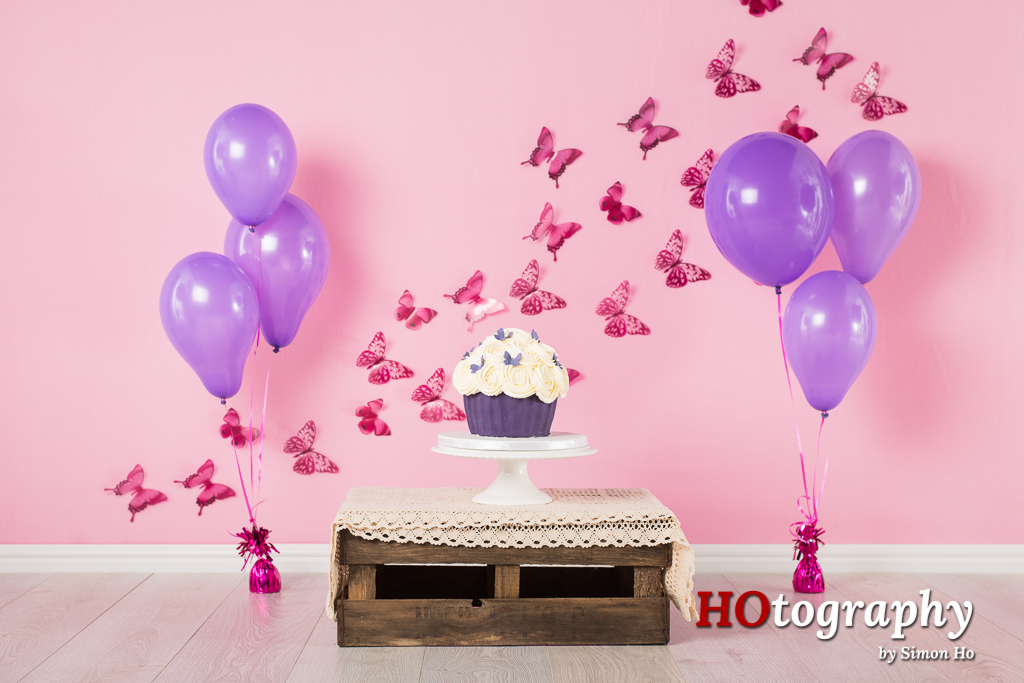 Well I hope this filled you full of ideas, if you like what you see and want to book a cake smash session for your little one, do get in touch and we’ll get the ball rolling 🙂