Last week I had the pleasure of doing April’s cake smash, a cute and excellent tempered little girl, because she was so well behaved we managed to get a large haul from this shoot. 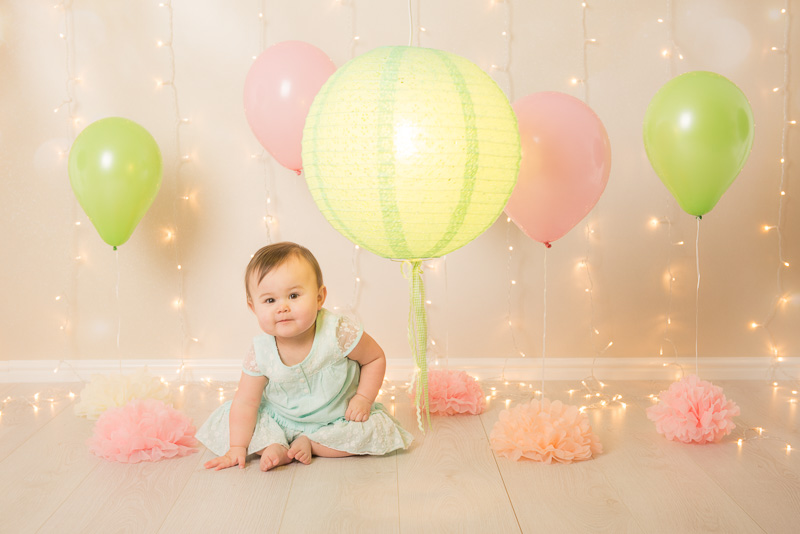 Mummy had asked me to use colours of her wedding theme for one of the scenes (beige/peach/pink/mint green) and gave me some large mint green lanterns from their wedding. I had my doubts but I’m chuffed how the final scene worked with the pom poms & balloons. 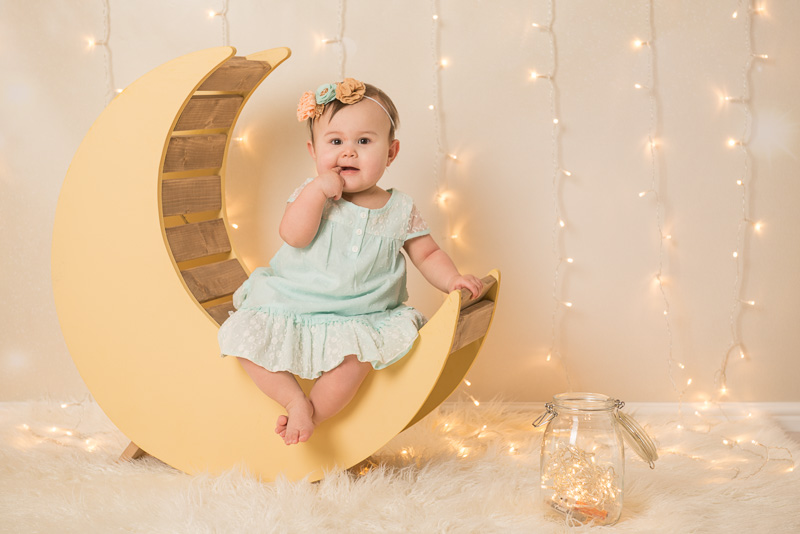 April’s mum liked quite a few scenes from my gallery which she wanted to attempt, so here is the moon prop. 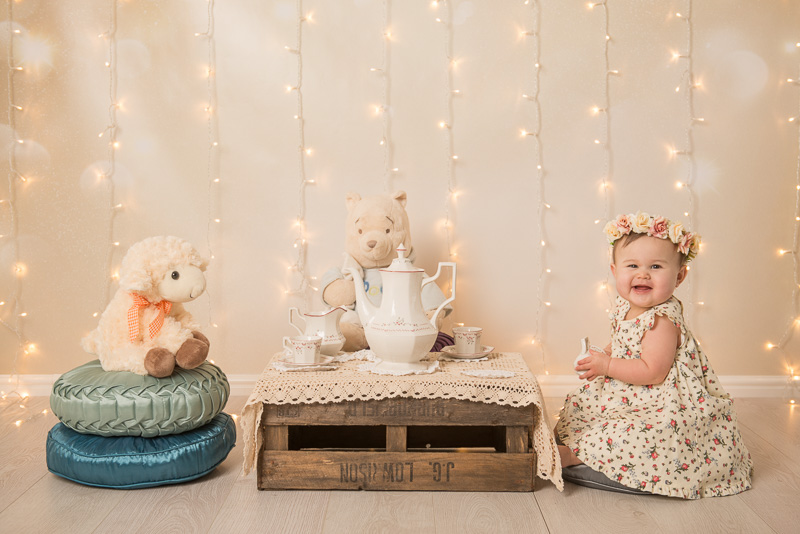 April’s mum came very well prepared and had multiple dresses and headband accessories to choose from. So when swapping scenes we could also vary April’s look to suit. 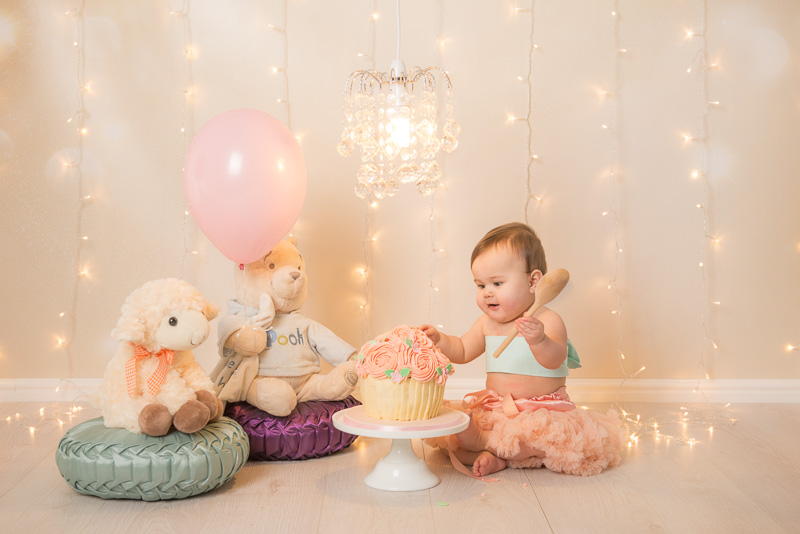 With us attempting so many shots we had to stick to the same background, but I added a chandelier style prop to make this scene a little more upmarket compared to the previous tea party scene. The cake maker also customised the giant cupcake to include the theme colours and April was obsessed with picking off the green leaves to eat. 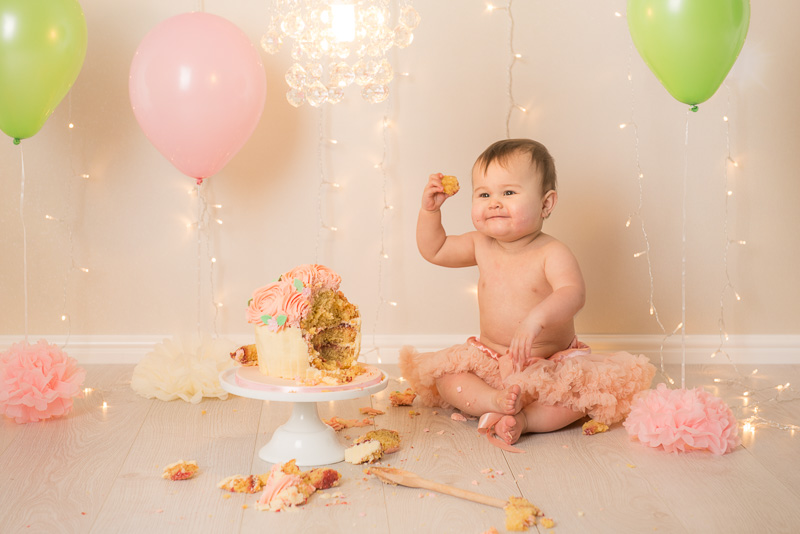 With a little help from us, April works into her cake. We swapped the teddies for the balloons & pom poms for another look. There was a couple of other excellent moments I captured but by this point April seemed much more interested in smashing pom poms & releasing the balloons than her cake. So we boxed up the remaining half of the cake which I’m sure made a nice treat for mummy & daddy after dinner. 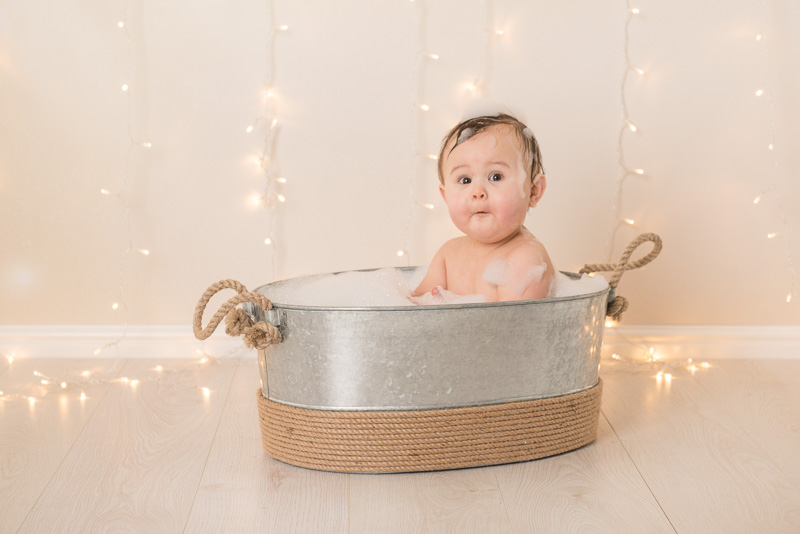 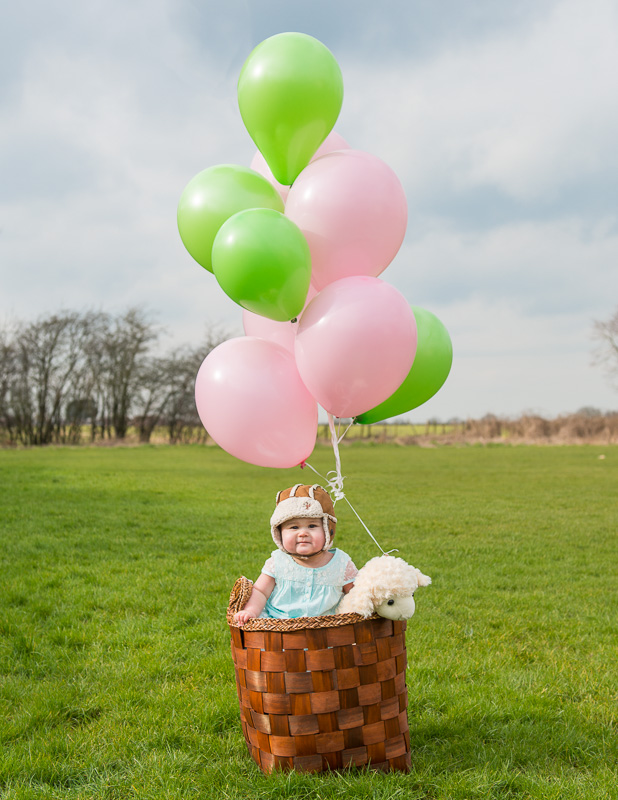 And finally since we had the balloons (and it wasn’t raining… yet) it would be a shame not to use them for another shot. Would love to try this again on a blue sky day (and with less wind).