The most relaxed bride ever?

Kerry & Chris’ wedding is probably the most pleasantly surprising wedding I’ve done so far. The venue itself was a converted barn on a farm in the middle of nowhere (presumably used mostly by ramblers for the Yorkshire Dales) which was also housing their guests. Given the venue wasn’t particularly grand and much of the elements had to be DIYed by family members, I wasn’t expecting some of my favourite wedding shots of 2015 to come from it.

The venue was near the picturesque village of Gargrave, where I grabbed a couple of shots and various elements such as the dry stone walls lining the roads towards the venue. 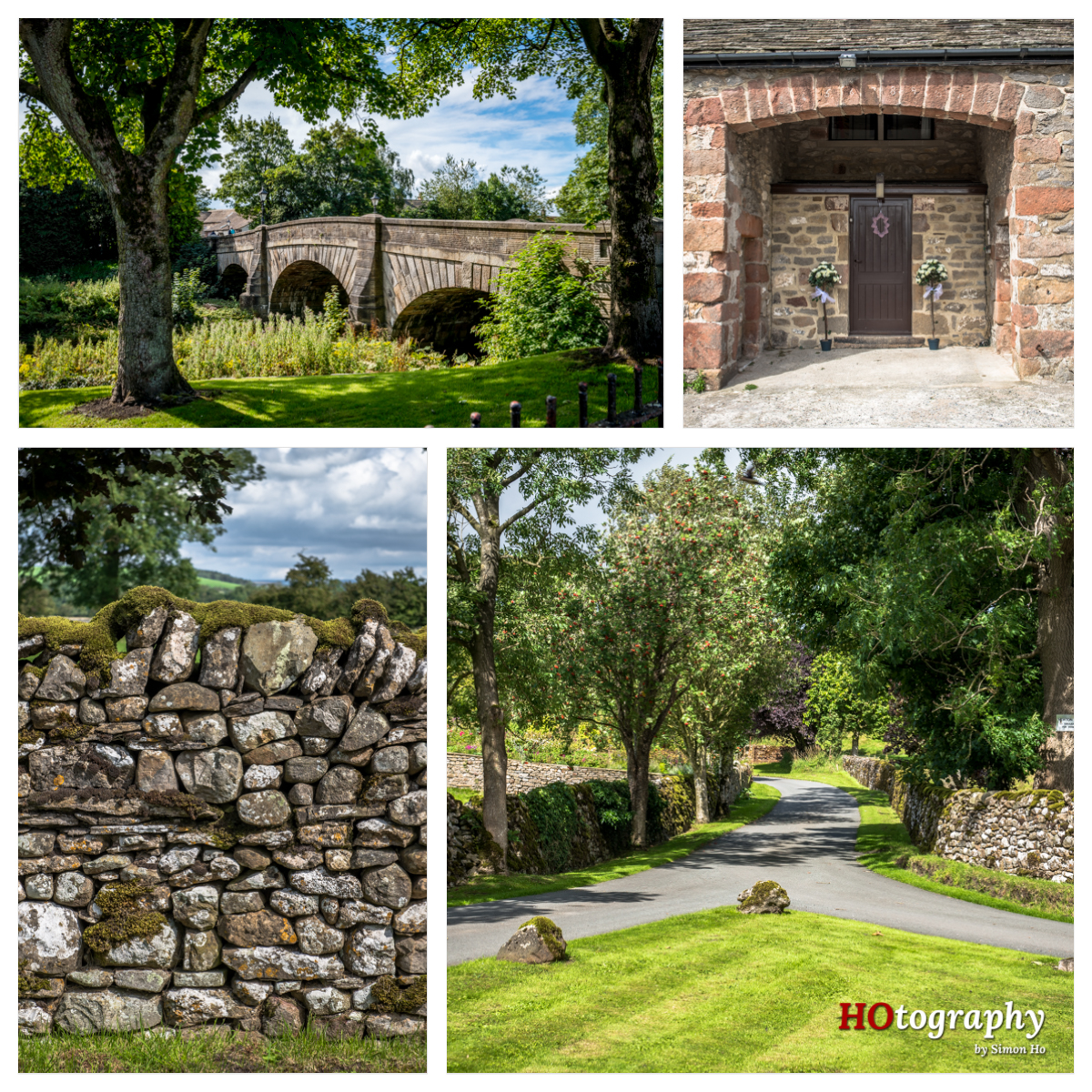 When I got there Kerry (the bride) was having brunch with her guests and I grabbed some shots of the children playing. Chris’ daughter was a natural in front of the camera. 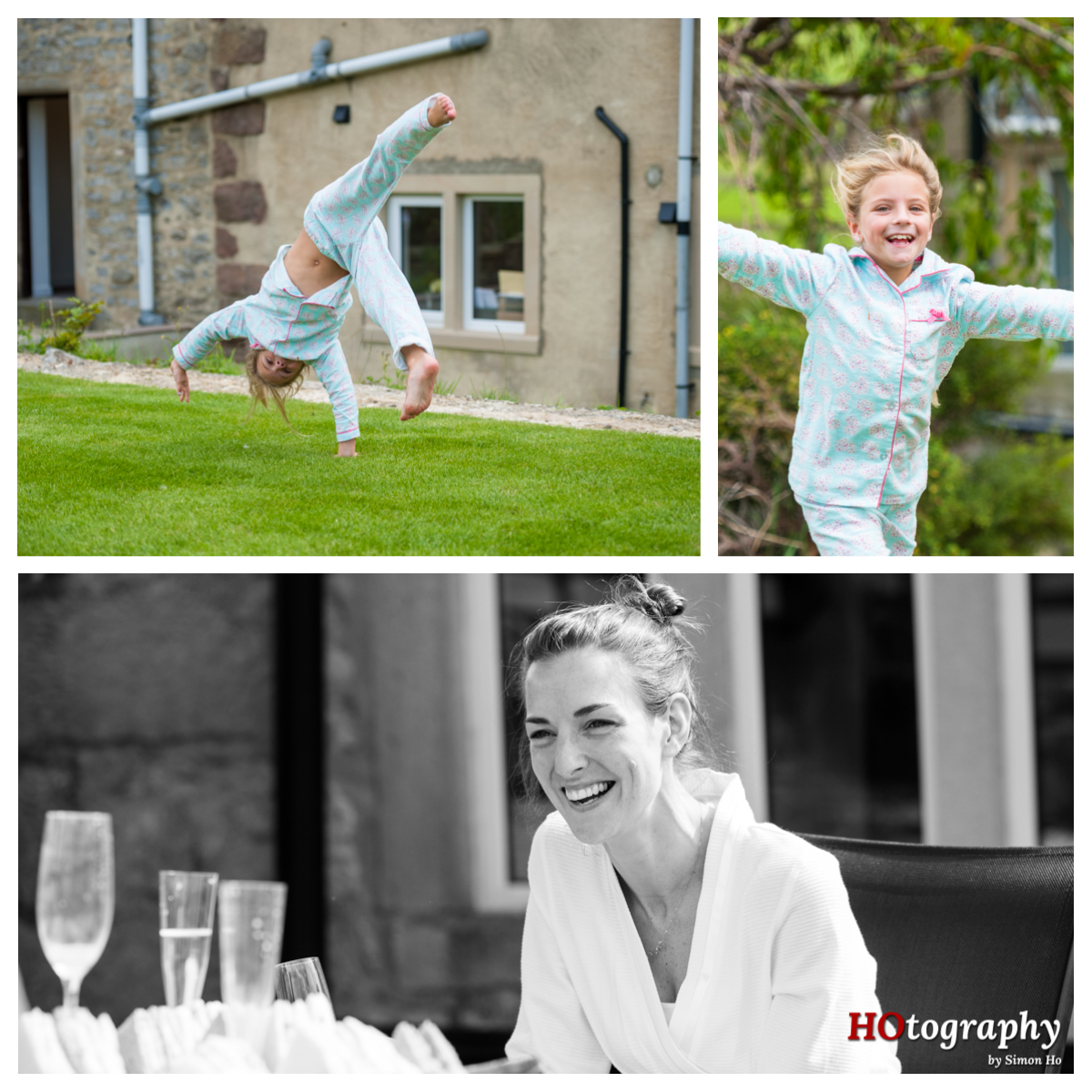 While everyone started getting ready I took shots of the inside, decorations and elements of the day. 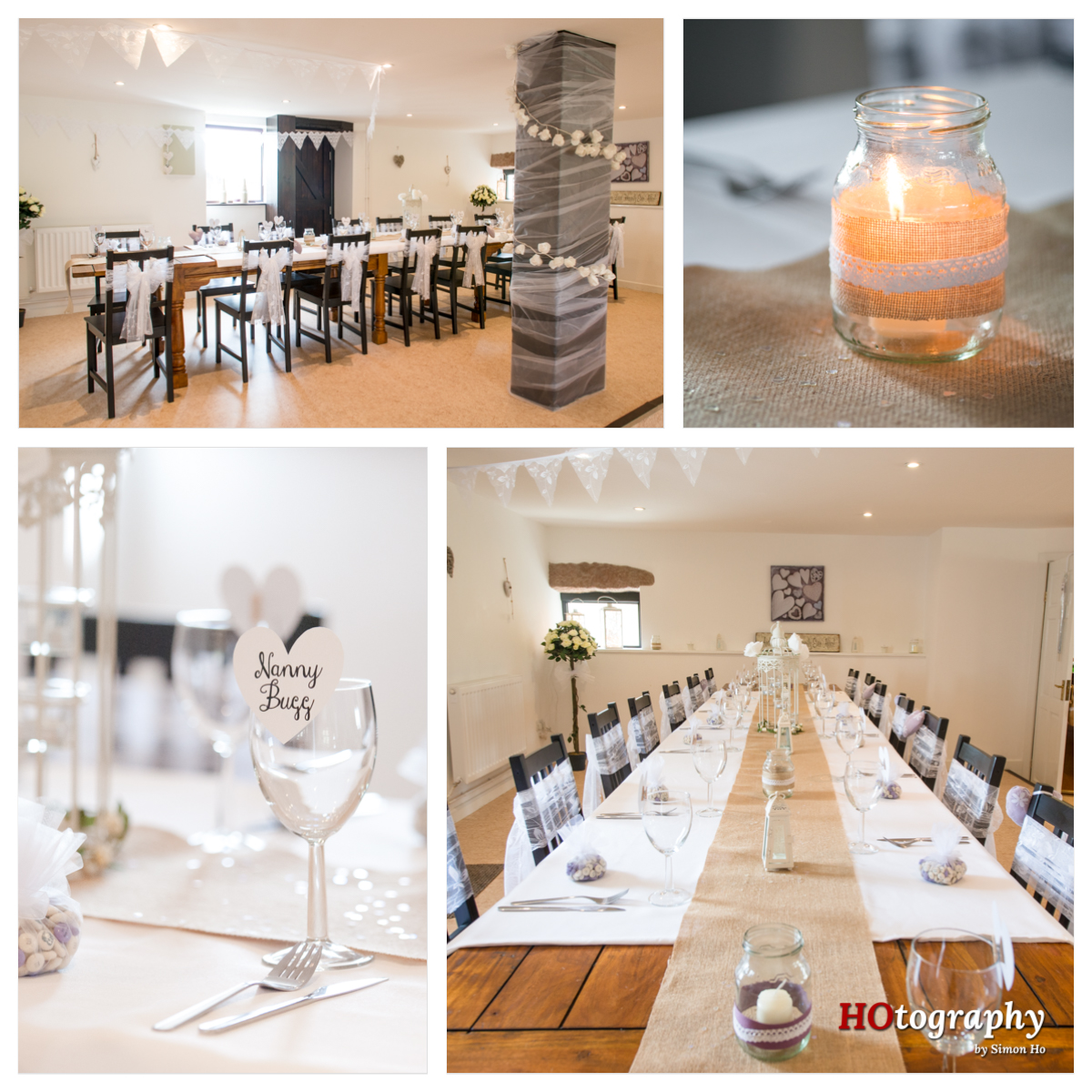 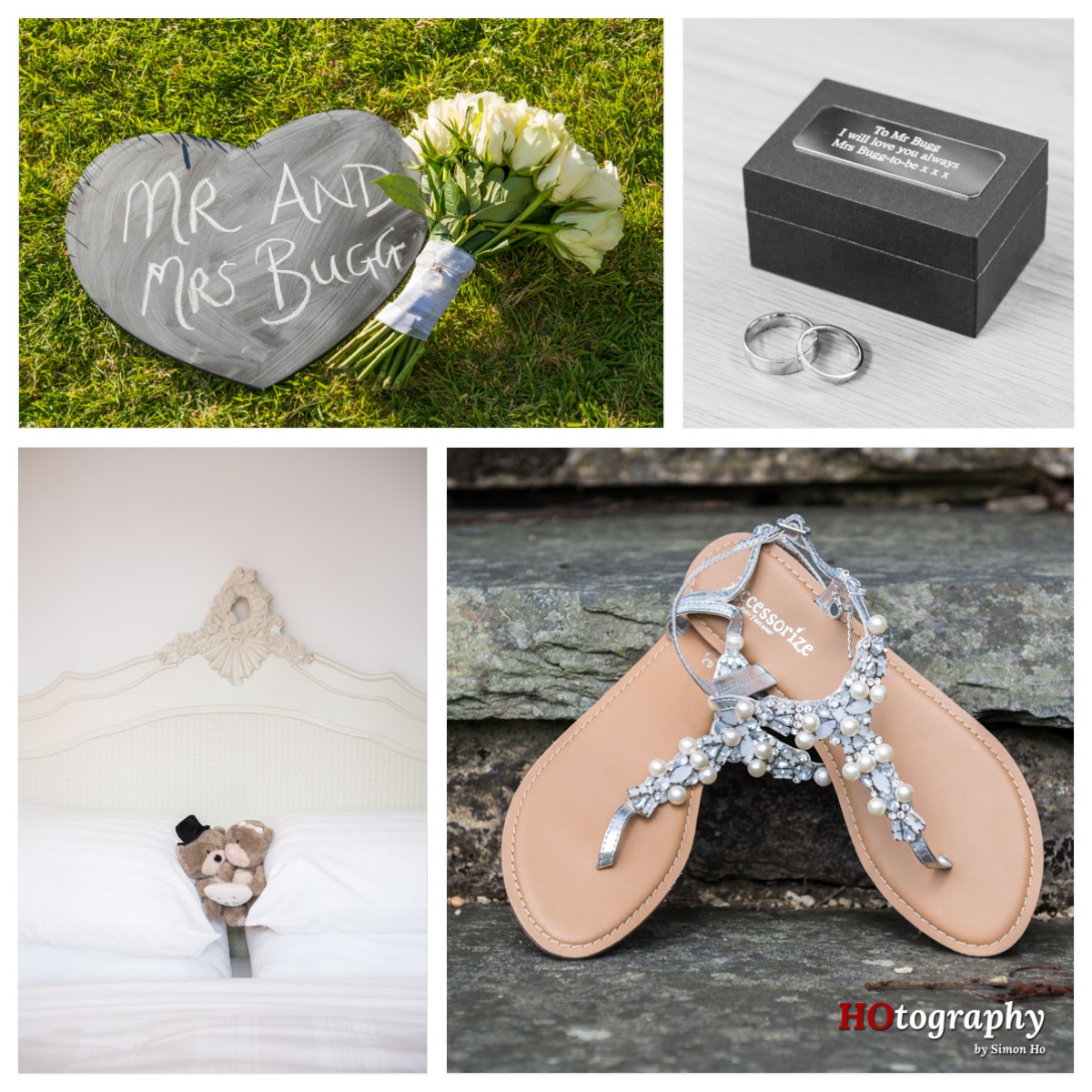 There were some very sweet moments between Kerry and Chris’ daughter bonding together during the bridal prep. Kerry did her own makeup & hair. 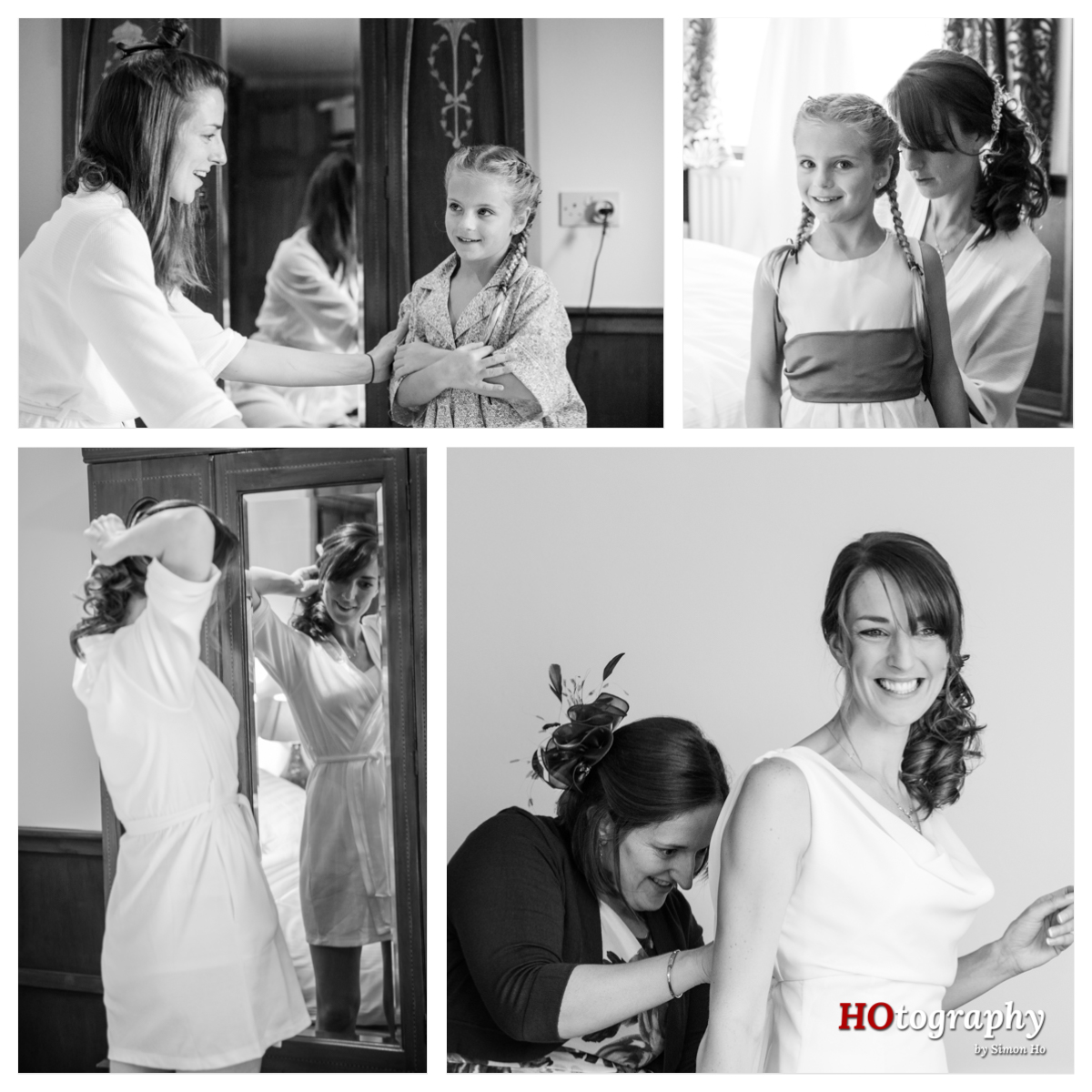 I then headed down to Skipton registry office to meet up with Chris (the groom). Bless him he was a bag of nerves (totally out of character I’m told). The registrars at Skipton were lovely people and easy going with me taking shots of the ceremony. 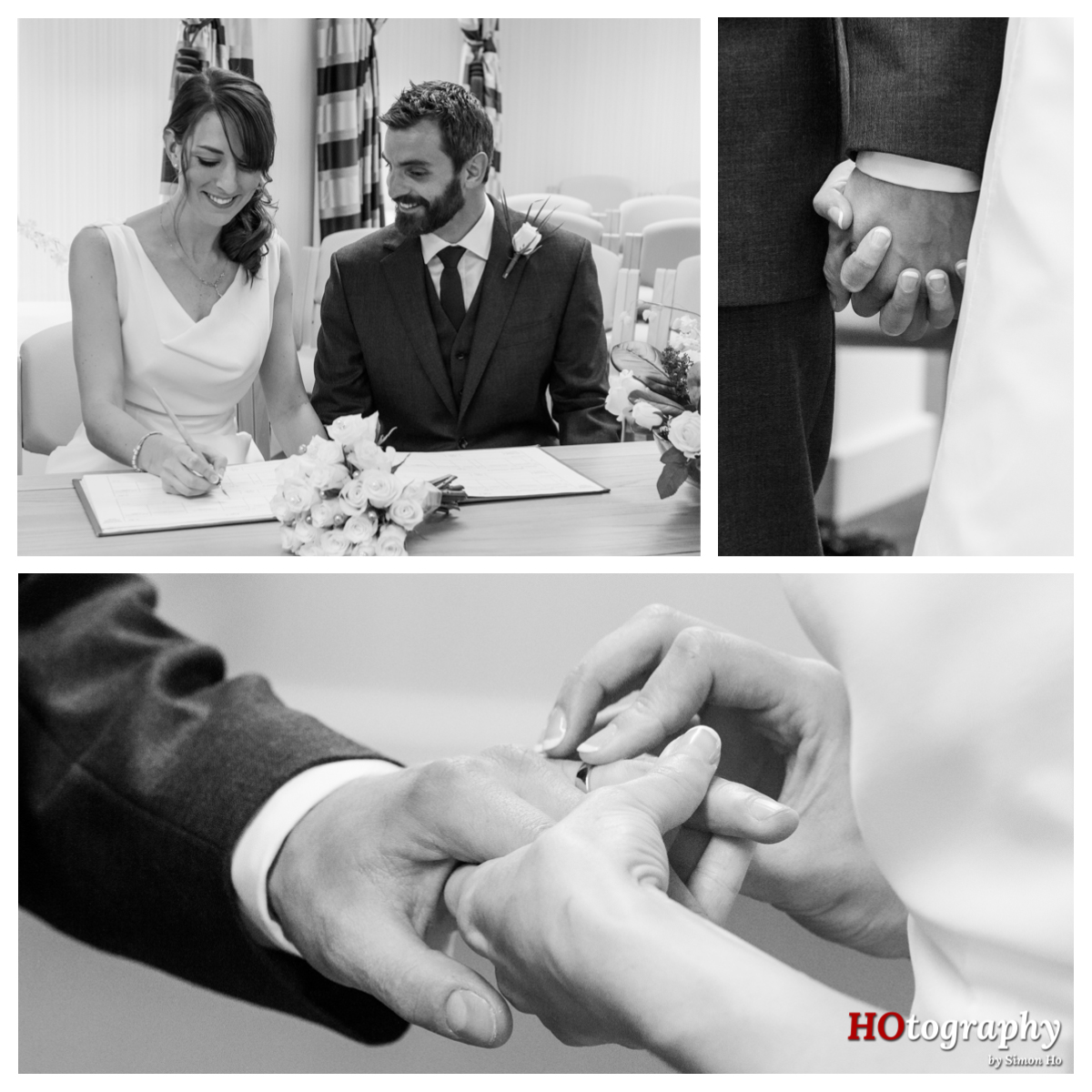 We did take various family shots outside the registry office (as insurance shots), but the overcast weather & office scenery proved to be inferior compared to what we ended up getting at the farm. The barn itself only had a small garden but one corner was very decorative and had sheep in the neighbouring field. 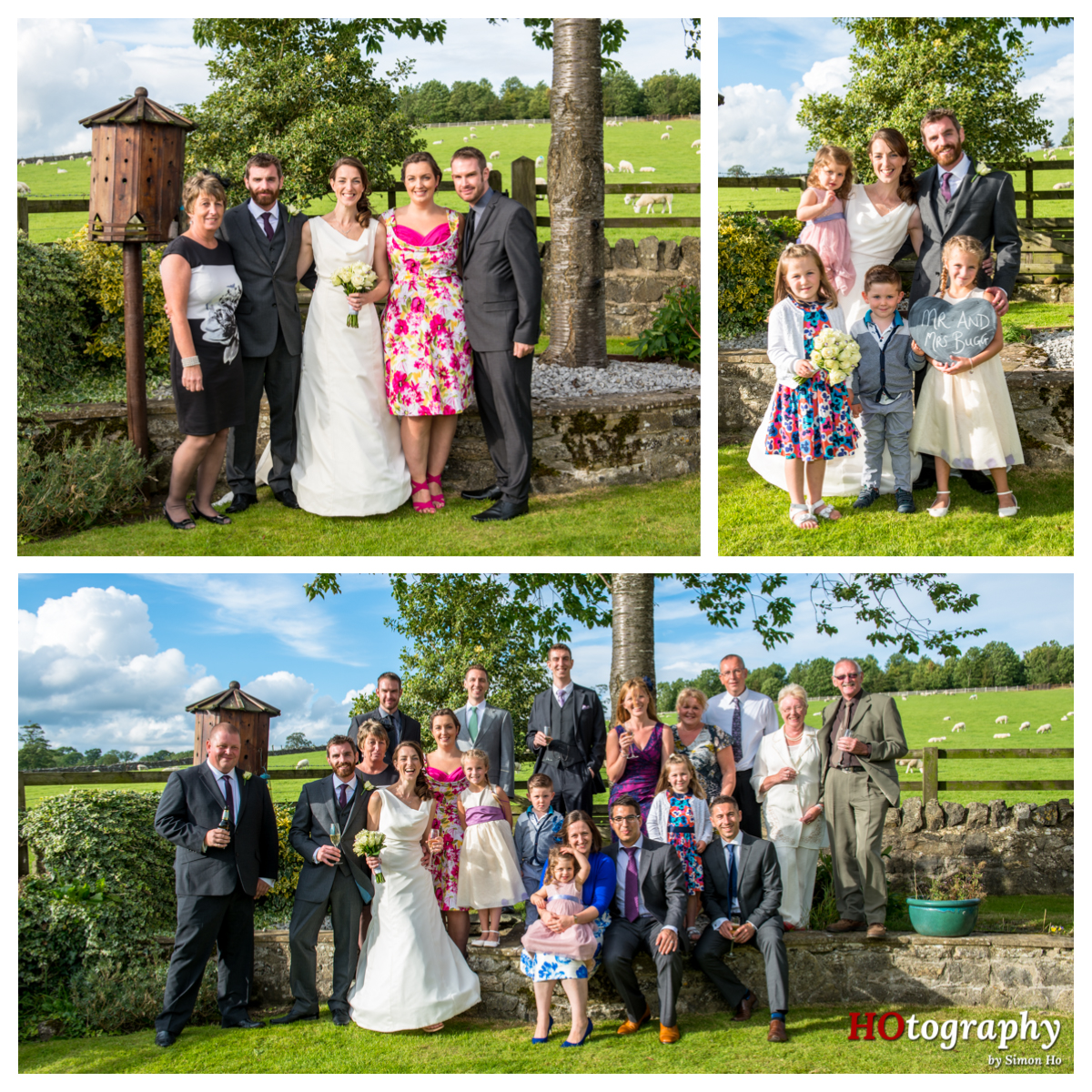 After we nailed a few group shots I noticed one of the fields was empty and encouraged the couple to have a quick wonder up and down. Kerry as ever was totally enthusiastic, Chris had some reservations but once they had some space alone the moment just took over and I got some of my favourite couple shots. 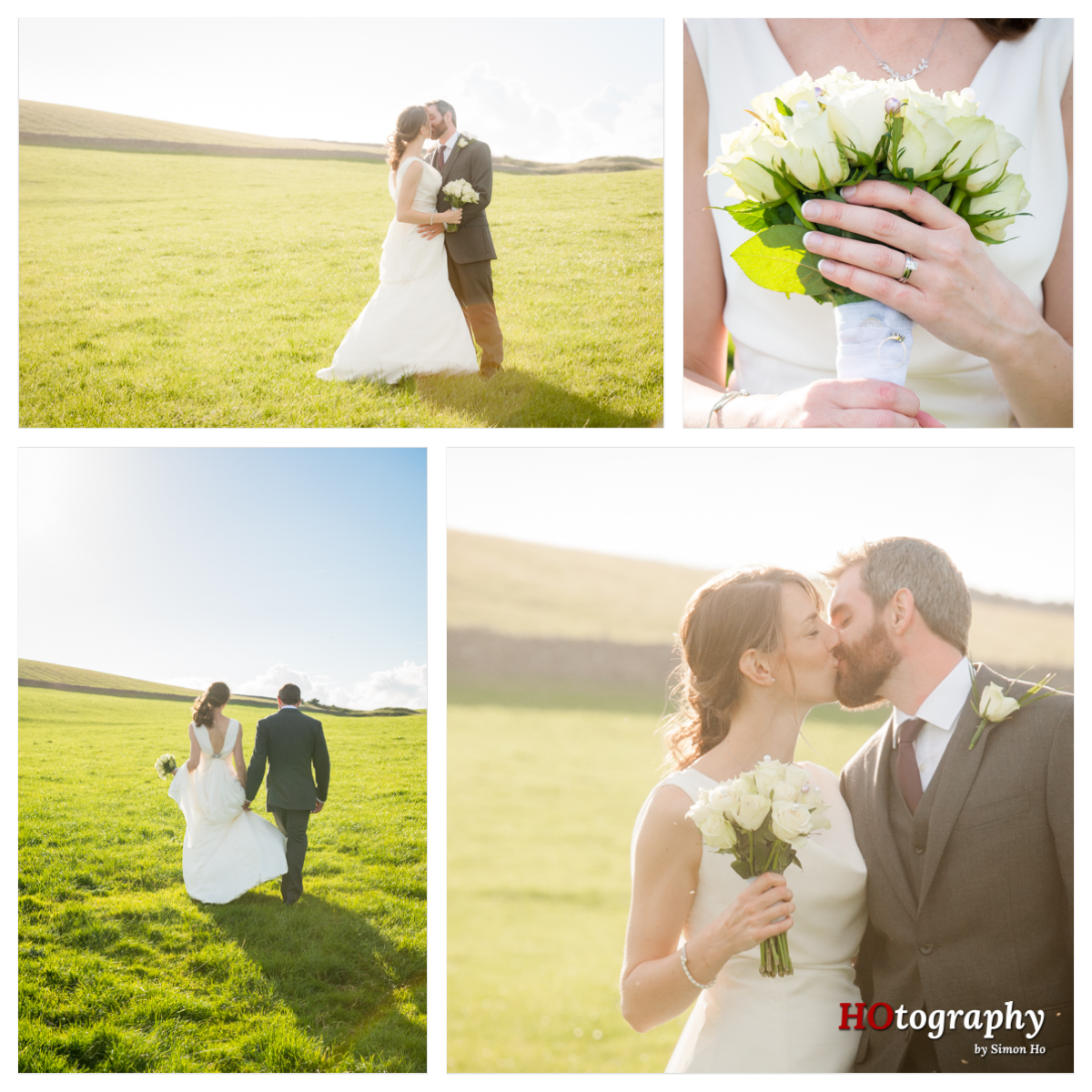 Too many to include but here’s a few of the guests. 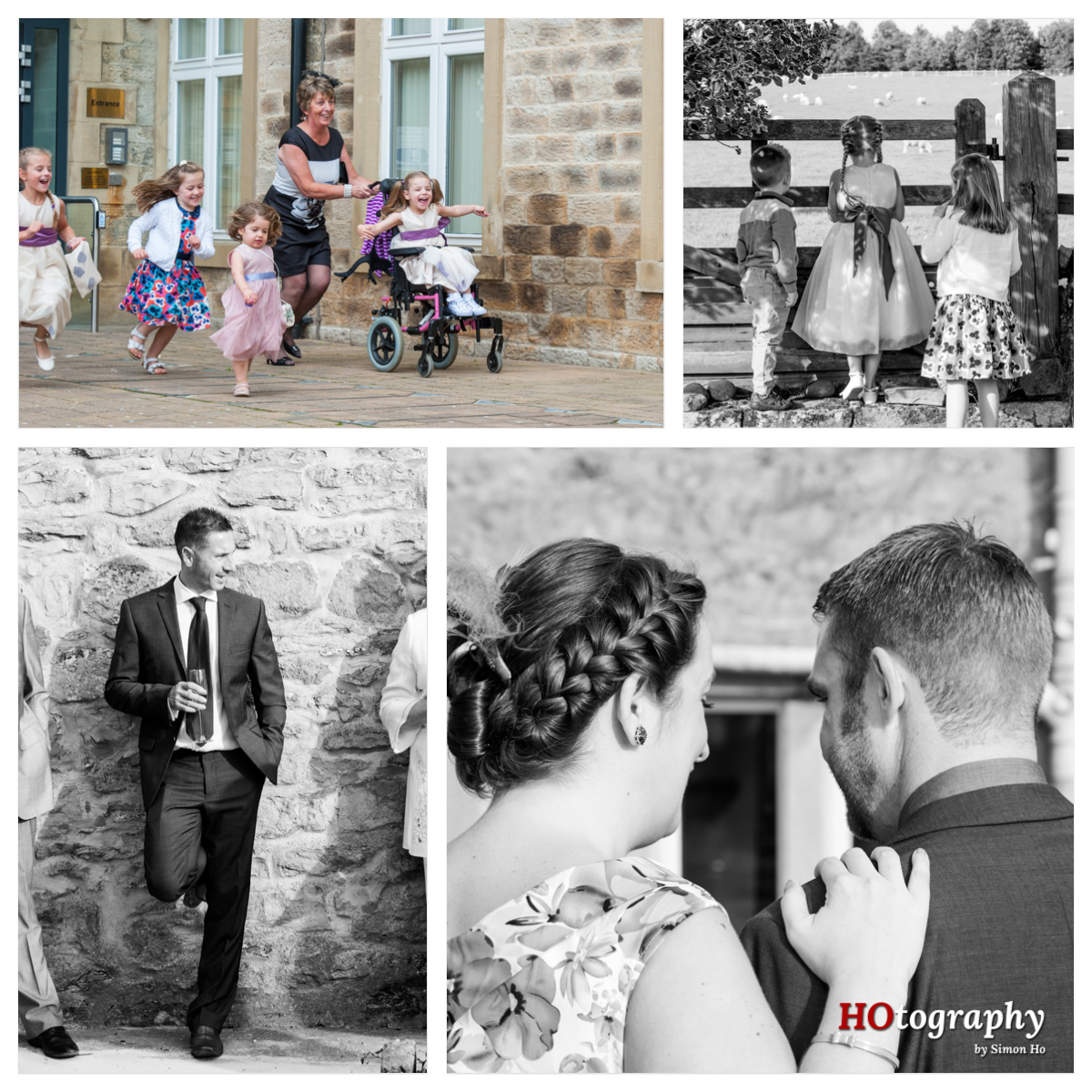 After the couple shots it was now time for the wedding breakfast, the caterers did a great job on the presentation. 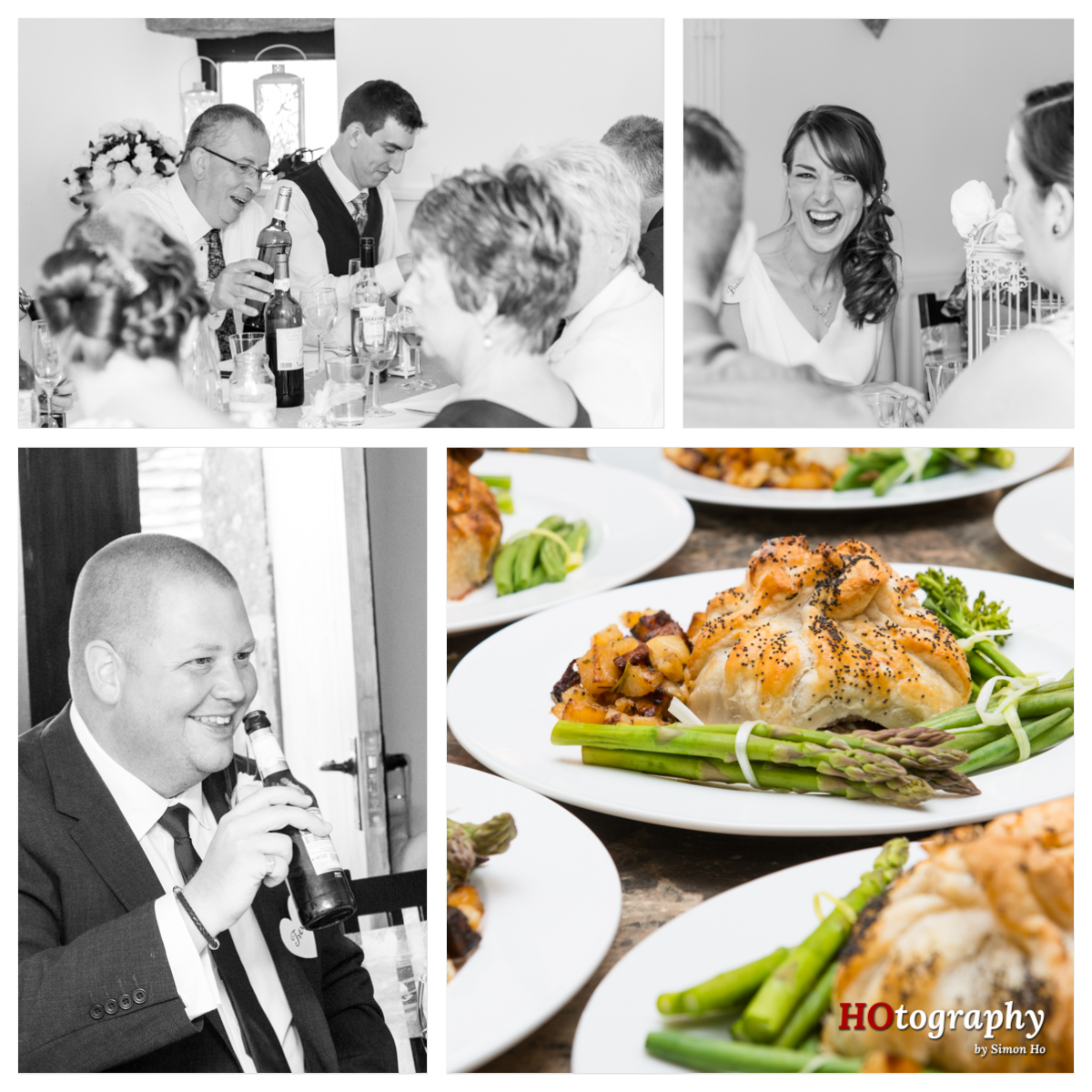 After the meal, the sky was entering golden hour (the moment just before sunset), so we went out again to grab some shots before finishing the evening with the cake cutting. 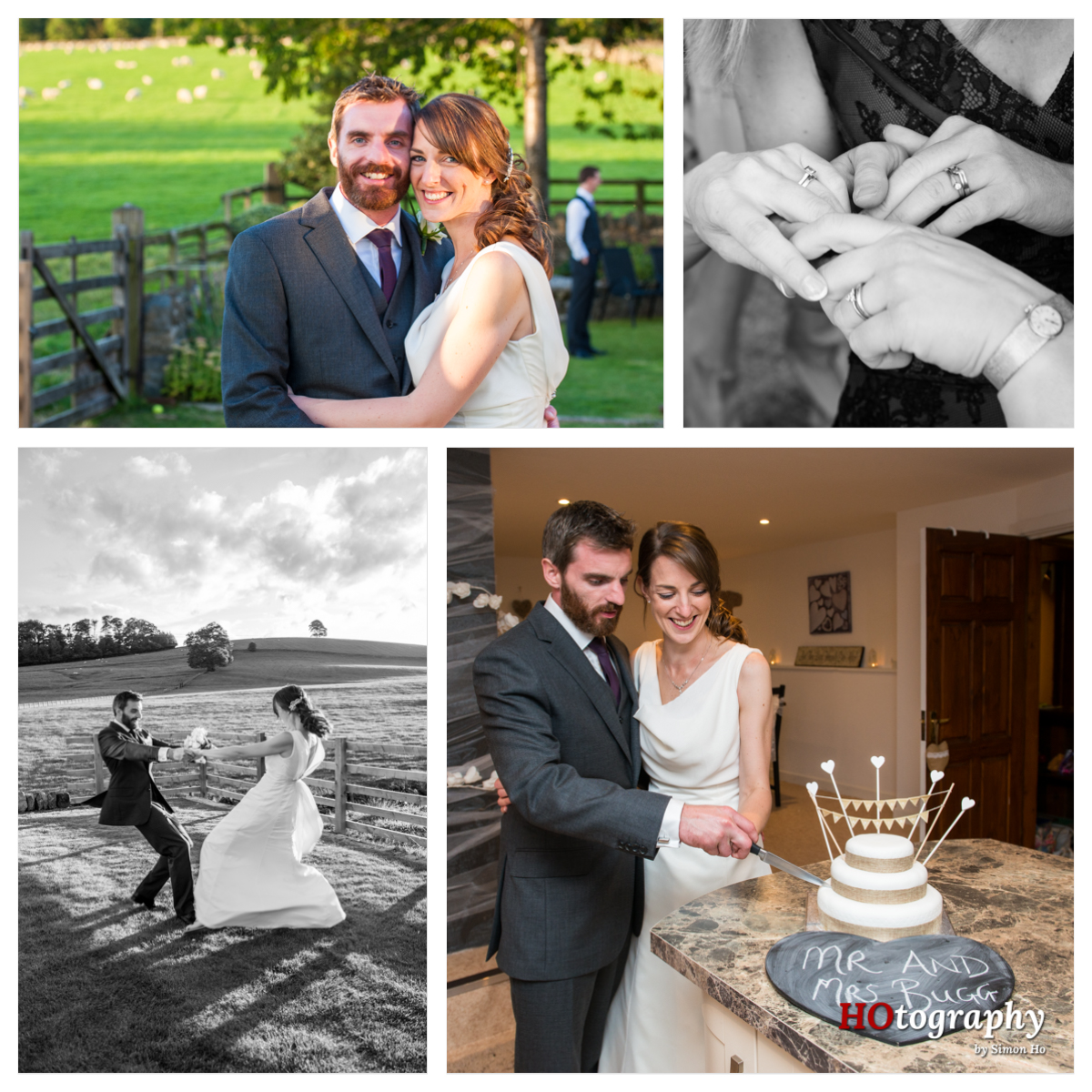 I really did love this wedding, Kerry was so relaxed & happy throughout the day, she lit up every photo she was in, I thought I was cheating by having her as my main subject. It really goes to show the best accessory a girl can wear is a smile.